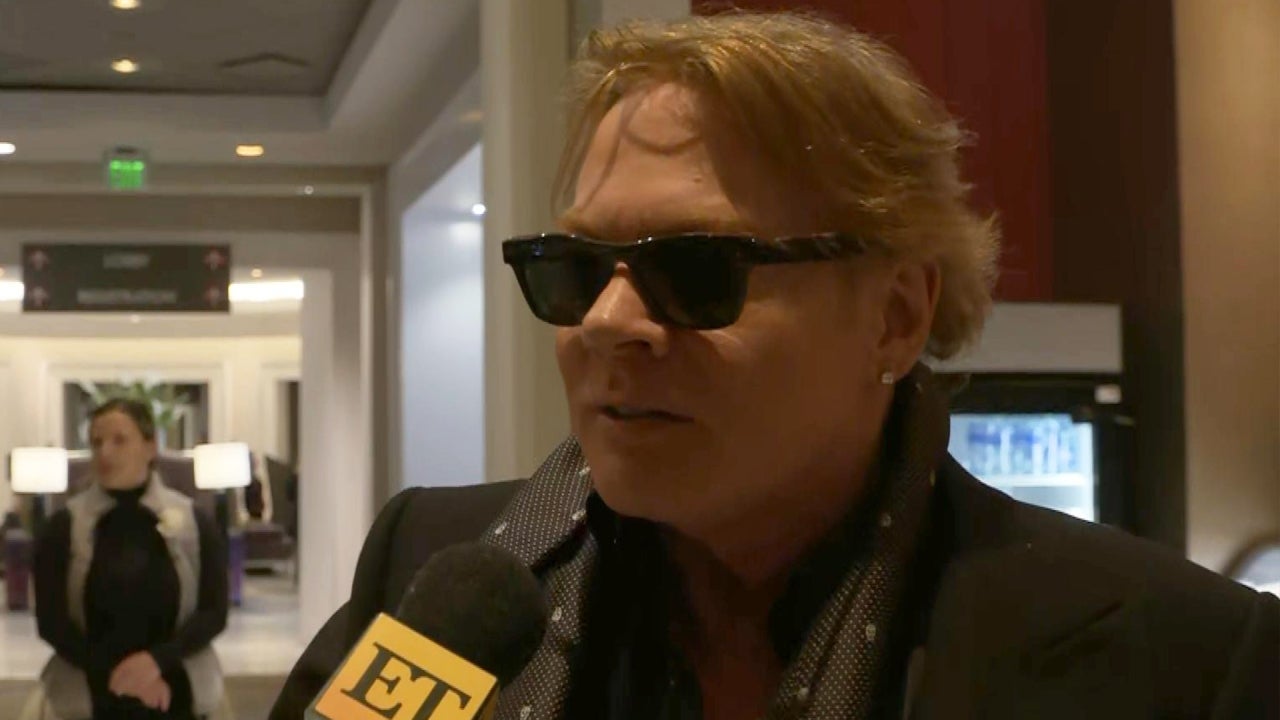 Axl Rose was honored to be able to perform and speak at Lisa Marie Presley‘s memorial service.

“I didn’t really know I was going to speak or anything,” the founding member of Guns N’ Roses tells ET’s Kevin Frazier. “I still feel like I don’t know that I deserve to be here, but I wanted to try to do right by her and her family and her fans. So it meant a lot, but I was pretty nervous and emotional up there.

Axl joined a host of family, friends and fans at Graceland in Memphis, Tennessee, on Sunday to pay tribute to Elvis and Priscilla Presley’s only child. In honor of Lisa Marie, Rose performed one of her favorite songs, “November Rain.”

“It was my understanding, she actually talked about if the situation … so that’s why I was asked to do it,” he says of performing the band’s 1991 single. “Of course, I had to be here.”

During the service, Axl took to the stage and delivered a moving message about his friend before getting behind the piano for an emotional performance.

“I’m sure many of you are still in shock as I feel,” the 60-year-old musician told the crowd. “I’ll continue to be for quite some time. I feel like I’m supposed to be texting her like right now saying, ‘I’m here,’ telling her how wonderful everyone is.”

Axl continued, “I never in a million years imagined singing here, especially under these circumstances. This is truly devastating.”

The musician spoke about Lisa Marie’s love of her family, and how important it was for her to uphold Elvis’ legacy.

He also noted the importance of Baz Lurhmann’s movie, Elvis — starring Austin Butler, who attended the ceremony with his girlfriend, Kaia Gerber, and his sister, Ashley Butler. “She was also very proud of the Elvis movie and how she felt it portrayed her father and the care that was put into the film by those involved,” he said.

Axl spoke of Lisa Marie’s mission to help others even during her time of grief, following the death of her son, Benjamin Keough, in 2020. “With Ben’s passing, Lisa’s life and the rest of her family and loved ones took a turn down a hard road,” he shared. “She was honoring for honoring to the best of her abilities, seeking out help, choosing to help others who experienced or experiencing such a such a loss and pain.”

He concluded, “We’re gathered here today to pay our respects to Lisa and her family and to share our memories, console one another to the degree that we’re able, and though under such difficult, heartbreaking and somber circumstances. Also to celebrate the life of a friend, a loved one, a beautiful and good soul, and a cherished and deeply missed family member. Lisa is loved and missed by many and will continue to be loved and missed by all those whose lives she touched. Thank you.”

ET can confirm that Lisa Marie was laid to rest alongside her son in Graceland’s Meditation Garden. She died on Jan. 12 after going into cardiac arrest. Lisa Marie was 54.