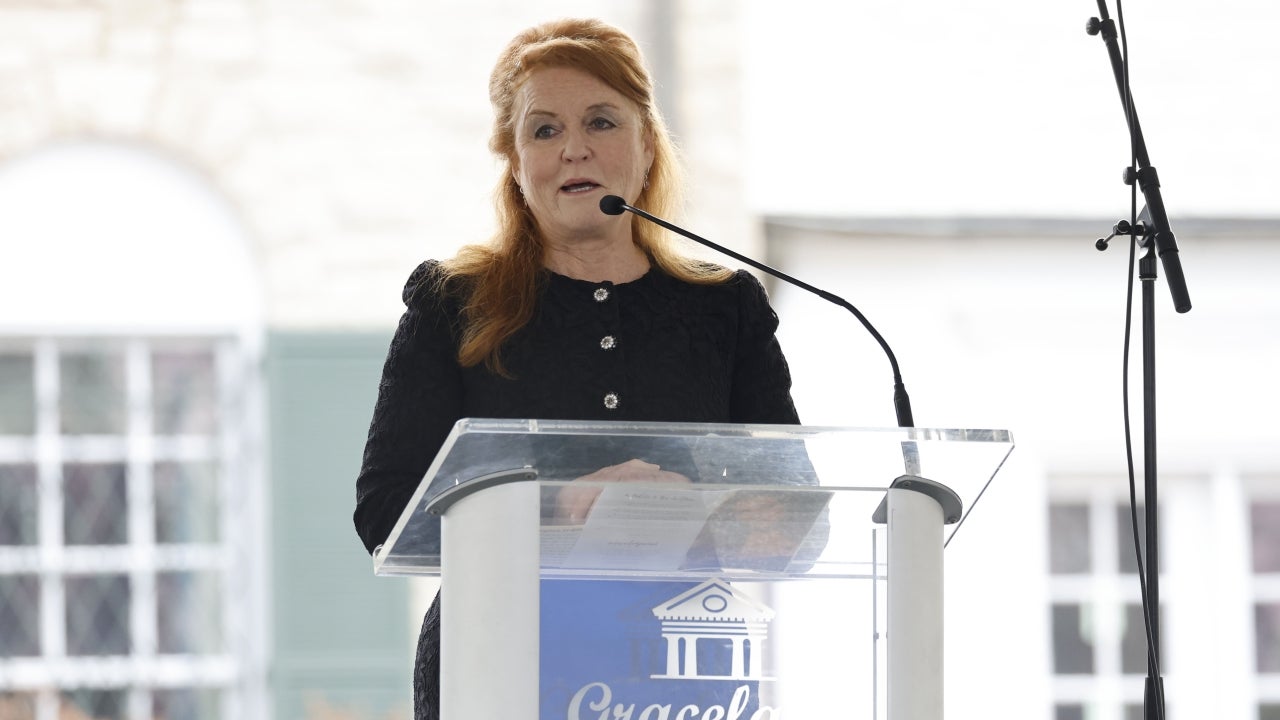 George Clooney Hangs Out With His Childhood Hero, Astronaut Buzz…

Lisa Marie Presley’s life and legacy was honored on Sunday morning at an emotional memorial service held at Graceland in Memphis, Tennessee.

Among the many celebrities and famous figures who spoke during the livestreamed event was Sarah Ferguson, Duchess of York, a longtime friend of Lisa Marie.

During her heartfelt eulogy, Ferguson shared a poem — which also appeared on the back of the program for the memorial service, titled, “A Tribute to Their Children.”

Ferguson explained that the poem was penned by George Frost, son of legendary British TV journalist David Frost, for his own father’s funeral service in 2014:

“I’ve had my life and enjoyed every second,But as it is, another life beckoned.

It’s important to know that I have not gone,And I hope that, on you all, my light has shone.

Stay in the sunshine, rest never in the shade,Don’t curse my absence, as this light you’ll evade.

I live in the smiles, the moon, stars and sky,and I feel eternal pride as I watch you all fly.

And for my darling children who wonder what to do,Just have a wonderful time, as I will, living through you.”

Lisa Marie was mother to 33-year-old actress Riley Keough, as well as to 14-year-old twins, Finely and Harper, with ex-husband Michael Lockwood. Her son, Benjamin Keough, died in July 2020 at age 27.

The public memorial service was arranged on the front lawn of Graceland, the Presley family estate.

Lisa Marie was laid to rest next to her son, Benjamin. In addition to Lisa Marie and Ben, Lisa Marie’s father, Elvis Presley, and his parents, Vernon and Gladys, are also buried in the garden. ET previously learned that Ben’s grave was slightly moved to make room for Lisa Marie.

Lisa Marie died on Jan. 12 after she went into full cardiac arrest. She was rushed to the hospital but died shortly thereafter. She was 54.