‘9-1-1: Lone Star’ Season 4 First Look: Owen May Be Having a Midlife Crisis (Exclusive) 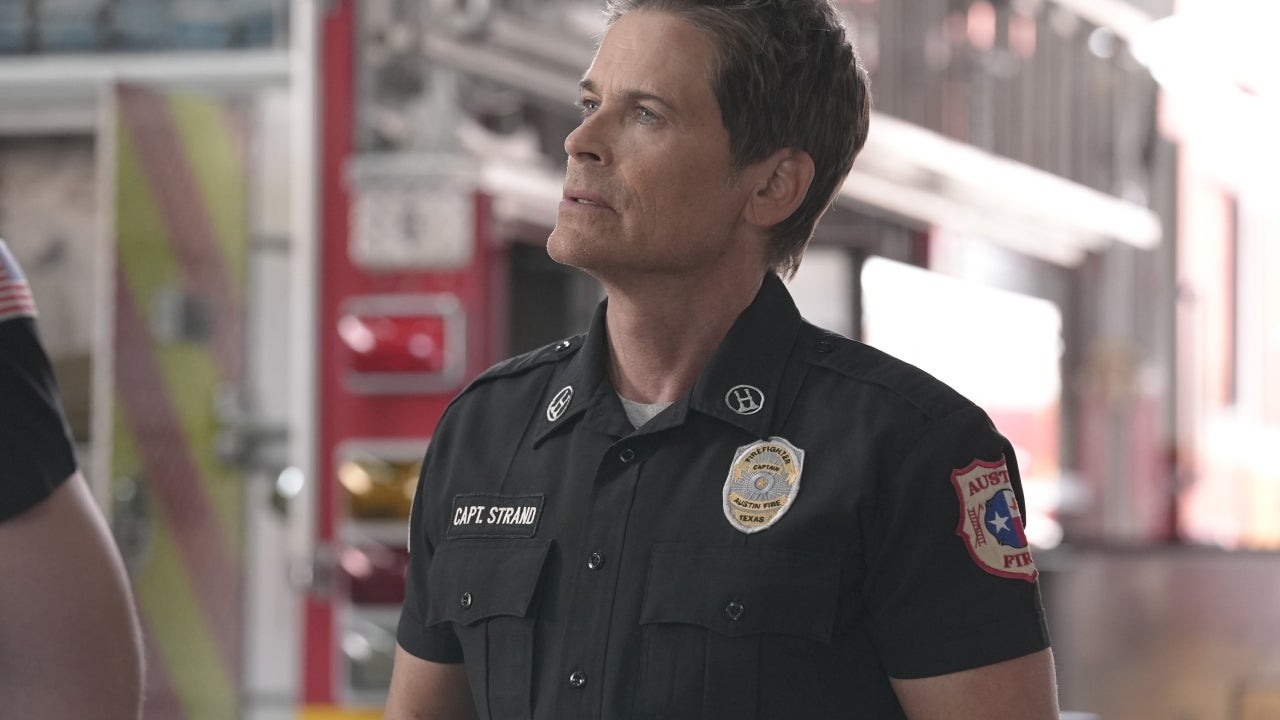 Is Owen OK? 9-1-1: Lone Star kicks off its fourth season on Tuesday, and Captain Owen Strand (Rob Lowe) is taking a ride on the wild side. Only ET exclusively premieres a sneak peek from the premiere episode, titled “The New Hotness,” which introduces Owen’s new, and potentially very dangerous, hobby.

In the premiere clip, a leathered-up Owen proudly shows off his new toy — a super fancy black motorcycle — that has members of the 126 questioning if their captain is in a healthy frame of mind.

“This isn’t a crotch rocket, this is a classic cruising bike,” Owen replies, admiring his motorcycle. “I mean, look at those lines. The design speaks to heritage, tradition, a connection to the past.”

“Not yours,” T.K. (Ronen Rubinstein) reminds him.

After the crew learns Owen even has riding buddies now, they’re even more tickled by the whole situation, considering he only got into motorcycle-riding since Thursday.

“This bike is an expression of me living my best life!” Owen says, inviting the crew to join him in his new hobby.

Though it appears he’s doing OK, Judd’s (Jim Parrack) not so easily convinced, pulling T.K. to the side after Owen leaves.

“You think your daddy’s OK?” Judd asks T.K., who can only answer with one request as he prepares for his nuptials with Carlos: “Yeah, as long as he doesn’t wear leather to the wedding.”

Following the season 3 finale, showrunner Tim Minear spoke to ET about Owen’s near-death experience when the portion of the building he was in suddenly collapsed, causing flashbacks to a similar situation he endured during 9/11.

“There’s a difference between learning from something, remembering it, not forgetting and wallowing in it. And I think that the message here for Owen is, you can’t just live in the worst moment of your life, just like you can’t hold onto the best moment of your life,” he said of how this experience impacts Owen moving forward. “All those moments put together cumulatively make you who you are today. And then you have to be the person that you are today and live in the moment that is happening now, and not let that slip by, without taking advantage of the fact that you’re alive.”

Here is the official logline for the season 4 premiere: “Captains Strand and Vega along with the members of the 126 are called into action to a county fair when a ‘Derecho,’ a series of fast-moving group of severe thunderstorms hit Austin, causing hurricanic and tornadic-force winds, heavy rains, flash floods and a wide path of destruction. Owen’s newfound passion for motorcycling puts him on a potentially dangerous path. Tommy has the potential for a romance when she meets an attractive single father (guest star D.B. Woodside). And as T.K. and Carlos prepare for their wedding, a secret from Carlos’ past may stand in their way to happiness.”

‘9-1-1: Lone Star’ Finale: Judd Is in Danger When a Building Collapses