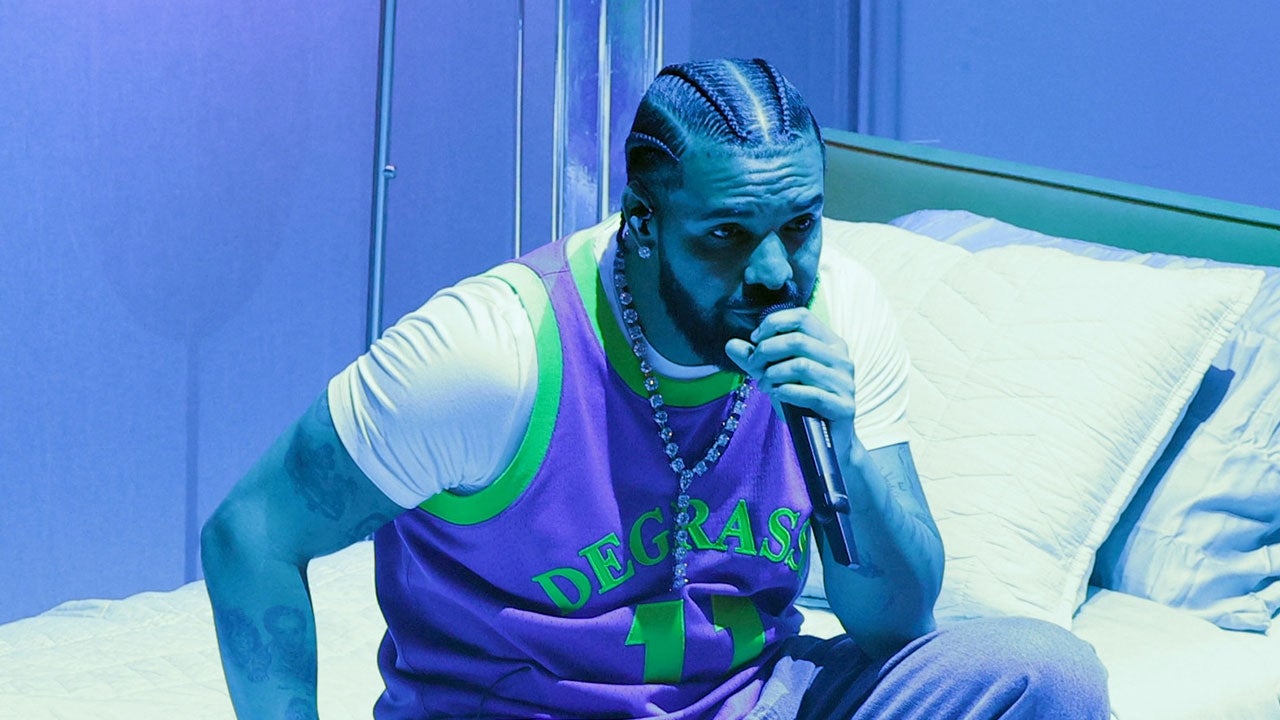 There was a scary moment at Drake‘s most recent show. During the 36-year-old rapper’s performance at the Apollo Theater in Harlem on Sunday, a fan fell into the orchestra section from above.

A video posted by The Shade Room shows the man’s fall into the audience and those around him gasping in response. In the clip, a crew member runs onstage to alert Drake of the accident. Drake responds by telling the crowd, “All right, we just gotta make sure somebody’s OK.”

According to Insider, the incident occurred 90 minutes into Drake’s concert, just after he welcomed 21 Savage onto the stage to perform with him. After the man’s fall, which dislodged a light fixture, the venue’s lights were turned on, and security guards ran through the crowd toward the spot where he landed, according to the outlet.

The outlet reports that the concert was halted for about 15 minutes before a voice over the loud speaker told the audience, “Everybody is absolutely OK. They are being checked on. Nobody’s hurt. But I got even better news for you: We’re at the Apollo, so the show must go on.”

The venue reacted to the situation on Monday, writing on Twitter, “Unfortunately, last evening an incident occurred with an audience member who landed in the orchestra from the lower mezzanine.”

“Drake, Apollo and SiriusXM halted the show immediately when learning of a potential fan injury and standard protocols were taken,” the tweet read. “They were seen immediately by EMS on site. The fan and other audience members reported that they were OK. No major injuries have been reported. The Apollo is investigating the situation further.”

Watch the video below for more on Drake.

Drake and Son Adonis Are Too Cute at Latest Basketball Outing