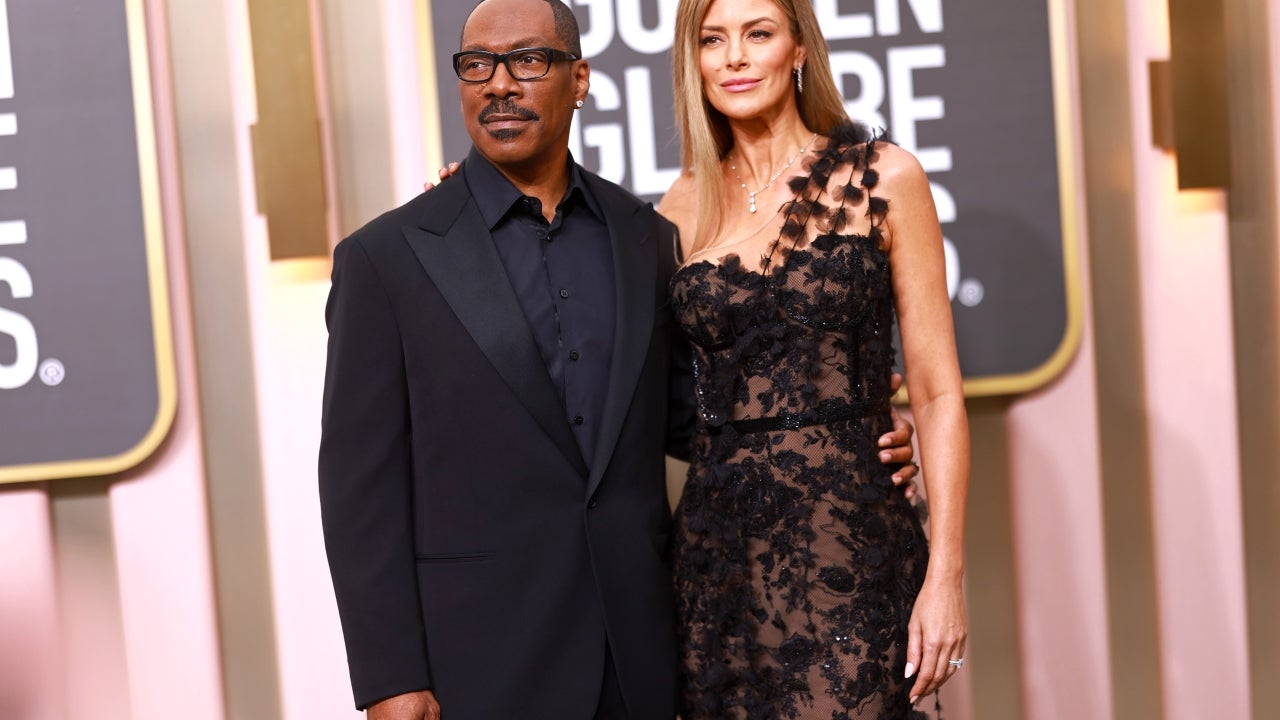 Eddie Murphy on Reuniting With Julia Louis-Dreyfus and Turning D…

Eddie Murphy may play dad roles more often, but his characters rarely reflect his real-life experiences. The father of 10 opened up about his family while talking to ET about his upcoming film,You People, a Netflix comedy from writer-director Kenya Barris. Murphy plays the overbearing father of a smitten Lauren London, whose romance goes awry when she introduces her parents to her boyfriend.

Jonah Hill plays Ezra, a man desperate for a relationship, who finds the woman of his dreams in London’s Amira. The duo finds love in the unlikeliest of scenarios — he mistakes her for his cab — and is blissfully happy until Ezra decides to propose. A meeting of the families goes horribly wrong when Amira’s parents, Akbar (Murphy) and Fatima (Nia Long), meet Ezra’s try-hard mom, Shelley, played by Louis-Dreyfus, and casually racist dad, Arnold, played by David Duchovny.

While Murphy has a lot of hands-on experience as a dad of 10 children, he told ET that he doesn’t relate to Akbar’s tribulations as his kids have never brought someone home he didn’t like.

“My kids have made wonderful choices with their little friends and boyfriends and girlfriends, and it’s been really cool,” the recent Cecil B. DeMille Award recipient shared.

Murphy said that his sole child to get married — daughter Bria Murphy to her now-husband, Michael Xavier — chose especially well. “Her husband’s a great guy and [he] respectfully came and talked to me first. Very old-fashioned and I didn’t have any type of friction,” he added. “No one’s come home where I was like, ‘Who the f**k is this you’ve come home with?’ I’ve not had that yet.”

Bria isn’t the only Murphy child to share her relationship publicly. The actor’s son, Miles Murphy, and Carly Olivia had a daughter named Evie in 2019, making him a grandfather. His son, Eric, also revealed an adorable romance with Martin Lawrence’s daughter, Jasmin Lawrence, back in July 2021. According to a sweet post written by Eric for Jasmin’s birthday earlier this month, they’re still going strong.

Even with no cause for concern, Murphy has a plan for if he ever needs to call upon his past roles as an overprotective father.

Eddie Murphy Reveals Why He Passed on ‘Dr. Dolittle 3’ (Exclusive)