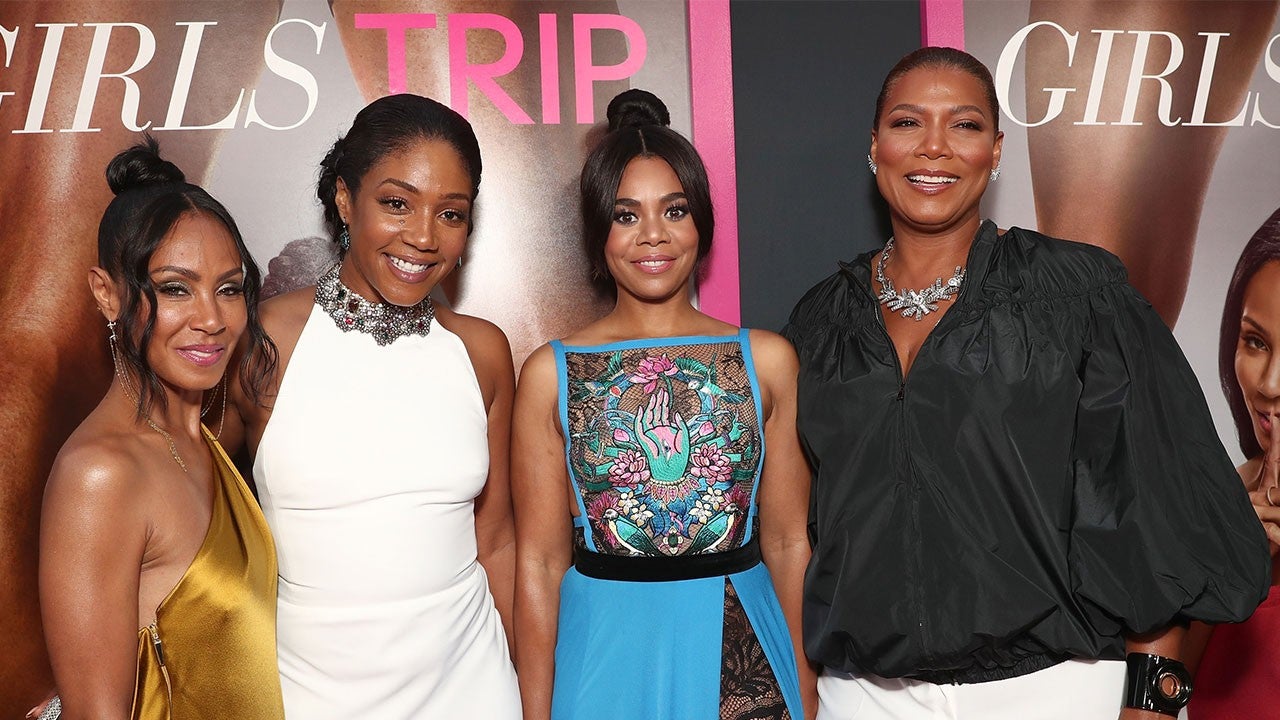 It looks like the highly anticipated Girls Trip sequel is heading to Ghana!

Writer-director-producer Tracy Oliver, who co-wrote the 2017 hit with filmmaker and producer Will Packer, confirmed the news during an interview with Varietyat Sundance.

Joking that Packer “might kill me,” Oliver revealed that the sequel film would follow the stars — including Regina Hall, Queen Latifah, Jada Pinkett Smith and Tiffany Haddish — in Ghana as they potentially attend the annual Afrochella festival, Ghana’s annual cultural and music event whose name borrows from Coachella.

ET has learned that while the sequel is in development, it is not greenlit and there isn’t a script.

Packer previously confirmed the film’s follow-up with ET last June, saying, “it’s gonna be better than the first one.”

“I can’t tell you where we’re gonna go yet, but we were in New Orleans the first time and we’re not going back to New Orleans,” he shared at the time. “We’re going somewhere bigger and better. When we announce it, you’ll remember I said that to you.”

The producer hinted that the new location might be somewhere in Africa, which isn’t surprising since Packer shot his film Beast, starring Idris Elba, in South Africa.

The film’s stars are sure to love the new location, as Queen Latifah told ET that same month that she was hoping the film would “go where it’s warm.”

“I mean, I wanna go to, like, Brazil… or I’m hearing South Africa,” she shared. “I mean, I’m down to go where it’s warm, and where there’s a beach! But with the girls, it doesn’t matter. I know it’s gonna be fun.”

Back in June 2019, Hall told ET that she and the rest of the cast want to ensure that the new film isn’t just a retread.

“I think it’s about the timing and also everyone wants to make sure that the story’s worthy of a sequel,” she said. “We don’t want y’all talking about us ’cause then y’all will be like, ‘Why’d they do a second one? They should have just left it alone.'”

“I know that they are trying really hard to come up with the perfect idea,” Hall also shared.

Will Packer Teases What to Expect From ‘Girls Trip 2’ (Exclusive)