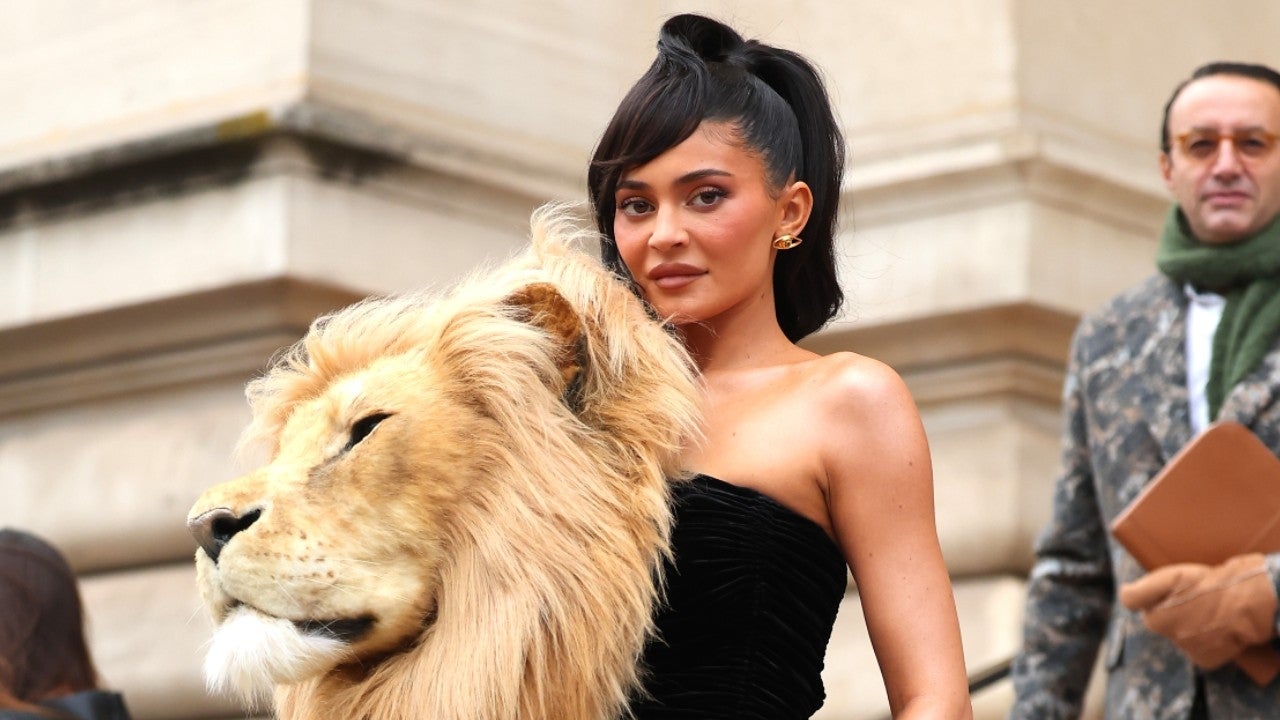 The mother of two posted a series of photos of the bold look to her Instagram, writing, “BEAUTY AND THE BEAST. thank you @danielroseberry and @schiaparelli for such a special morning. Wow, I loved wearing this faux art creation constructed by hand using manmade materials. beautiful beautiful ??.”

Other stars in attendance included Doja Cat, who rocked an all-red ensemble featuring red face and body makeup that took five hours to apply. She posed with Kylie at the event.

On Sunday, Kylie also attended the Maison Margiela show in an ice blue mini-dress with a sheer tulle-covered robe and heels.

Her daring fashion statements come after she casually dropped the first photos of her baby son’s face almost a year after he was born, revealing his name is Aire.

She later clarified that the little guy’s name is pronounced “air.”

Kylie and Travis Scott welcomed their son on Feb. 2, revealing at the time that his name was “Wolf Webster.” They later decided against the name, choosing not to reveal their new pick for months.