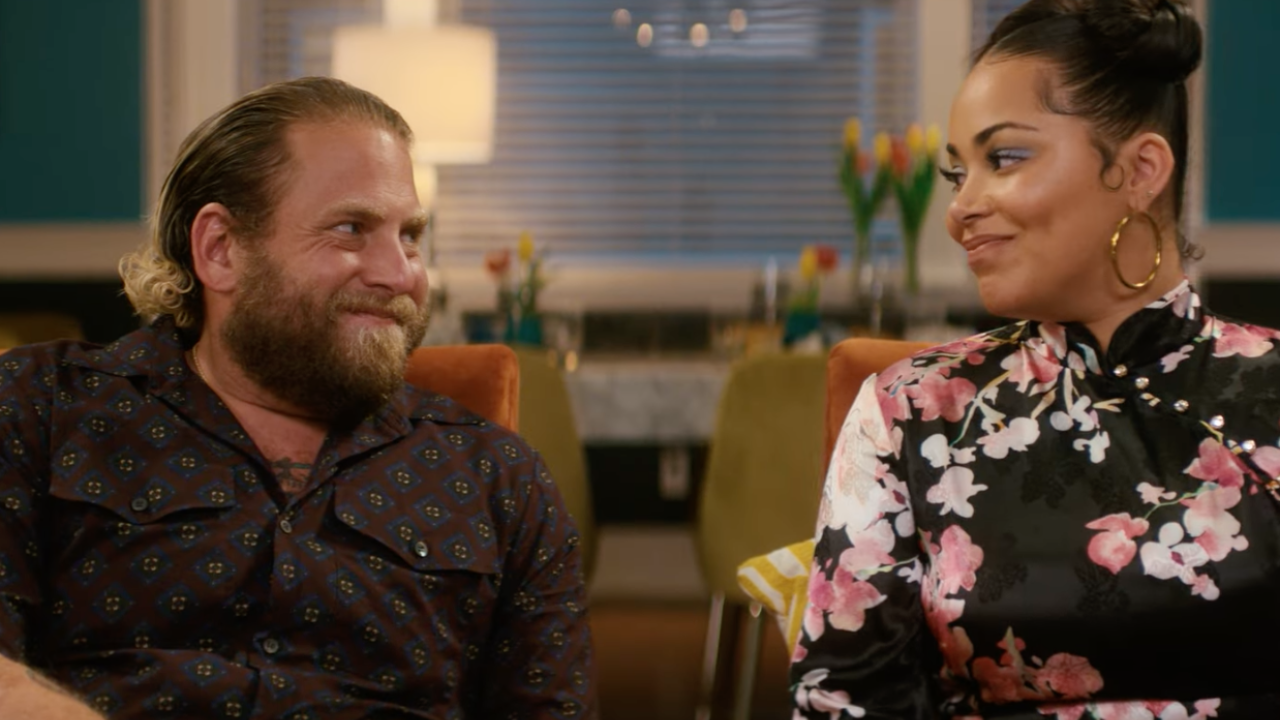 Lauren London admits that she was initially “apprehensive” about joining Netflix’s You People. The 38-year-old actress stars as Amira in the upcoming comedy from writer-director Kenya Barris, which follows her as she and her boyfriend — played by Jonah Hil — meet each other’s families.

“Before doing the movie, I was just apprehensive [if] this a story I want to contribute to,” London told ET ahead of the film’s streaming premiere. “I just wanted to make sure that is a story that I wanted to contribute to. I [also] asked them, ‘OK, well, why her and him?’ Because she was written like hella stylish and he was like this… very low-key [guy]. So, to me, it had to be about their soul connection and not what we saw appearance-wise or [why] we would assume these two people would date. It was about them meeting, connecting and having a soul connection.”

Barris joked that production “begged” London to join the film’s cast, explaining that “the whole point of it was if I’m looking on Twitter and I see Jonah Hill’s dating… certain white actors I’d be like, ‘I’m not blown.’ I love Zazie Beetz, but if I saw [her with] Jonah, I wouldn’t be like, ‘What?’ [But] if I saw Jonah Hill was dating Lauren London, I would be like, ‘Hold on, what!?'”

“That’s the movie. That’s why she was so important,” Barris added.

The Black-ish creator likened London to Julia Roberts, saying that viewers will rediscover the actress after watching You People and “she is going to get every role, I’m saying.”

“I felt very safe because Kenya is a friend of mine. I felt very protected and taken care of on this set,” London shared. “I think when you feel safe in any environment, you’re allowed to just flourish and blossom in that way. And for me, I was like an observer — I just took in all this talent and all these masters at their craft, and I was extremely humbled and grateful to be there and participate.”

Barris also revealed that he and Hill, who co-wrote the film’s script, have been working on the movie for three years. “He is very proud of that,” Barris said about the actor, who stepped back from traditional press tours last year. “I think that he would say this is what we were trying to do — bring some unity through comedy and through actually talking about stuff that people are afraid to talk about.”

Eddie Murphy Reveals Why He Passed on ‘Dr. Dolittle 3’ (Exclusive)