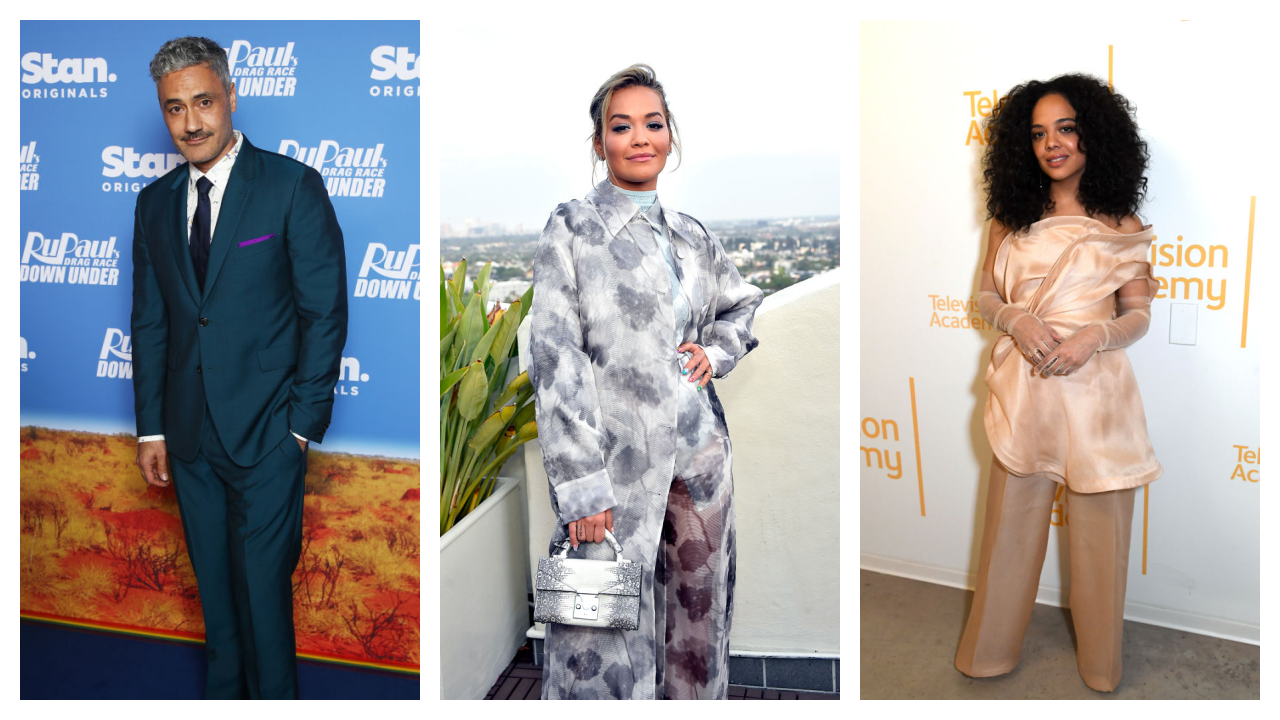 Rita Ora is setting the record straight on her rumored throuple with her now-husband, Taika Waititi and Tessa Thompson. Ora called the rumors “ridiculous” during a new interview with British GQ, after photos of the trio locking lips hit the internet nearly two years ago.

“I just chose to not acknowledge that because it’s ridiculous. I think when some things are so absurd, and it’s hard to fathom any sense of it, you just have to ignore it,” the “Let You Love Me” singer explains. “I’ve taken that approach for a lot of things, because you don’t want to put energy towards something that’s nonexistent. It’s like trying to explain something that didn’t happen means you’re feeding into nothing.”

As for the intimate moment, Ora said it was simply “a bunch of friends having a good time.”

“Have you ever been in a situation where you’ve had a lot of drinks and everyone’s your best friend? And then the next day you’re like, ‘I was talking to this person in the smoking area for four hours and I’ve got no idea who they are.’ Literally – that [photo] was just a bunch of friends having a good time. They [Taika and Tessa] had a crazy schedule and everyone was letting loose. I love that. Each to their own,” she shares referencing the pair’s Thor: Love and Thunder filming schedule.

Ora, who reportedly tied the knot with Waititi in August continues, “The good news though, is that when I was on Twitter talking to my fans, all of my incredible LGBTQIA+ fanbases were like, actually – whether this is true or not – I’m so inspired that this is being normalized publicly. That made me really happy. You don’t know who it’s touching.”

Paparazzi captured the trio in Australia in May 2021, where Thompson and Waititi were filming the next installment of the Thor saga and Ora was in Sydney filming The Voice. In the pics, Waititi was seen sitting in between Thompson and Ora, who were locking lips with one another as they leaned over the filmmaker. Other photos showed them getting close with Waititi as he put his arm around each of them.

Waititi addressed the viral moment at the time, telling The Sydney Morning Herald that he wasn’t upset about the photos making their way to the web.

“I think in the world of the internet, everything goes away pretty quick,” he shared. “And also, ‘Is it that big a deal?’ No, not really. I was doing nothing wrong. It’s fine.”

As for Ora and Waititi’s relationship, Ora told British GQ it grew naturally out of a friendship.

“When I didn’t feel a change, like my life just became better,” Ora says of how she knew Waititi was the one for her. “We were really good friends for six years, and I went to Australia and we both had separate jobs, and we didn’t really know that many people out there. It was nice to see a familiar face and our universes just collided. That was it.”

For more on the couple, check out the video below.

Rita Ora Gushes Over Being ‘in Love’ With Taika Waititi