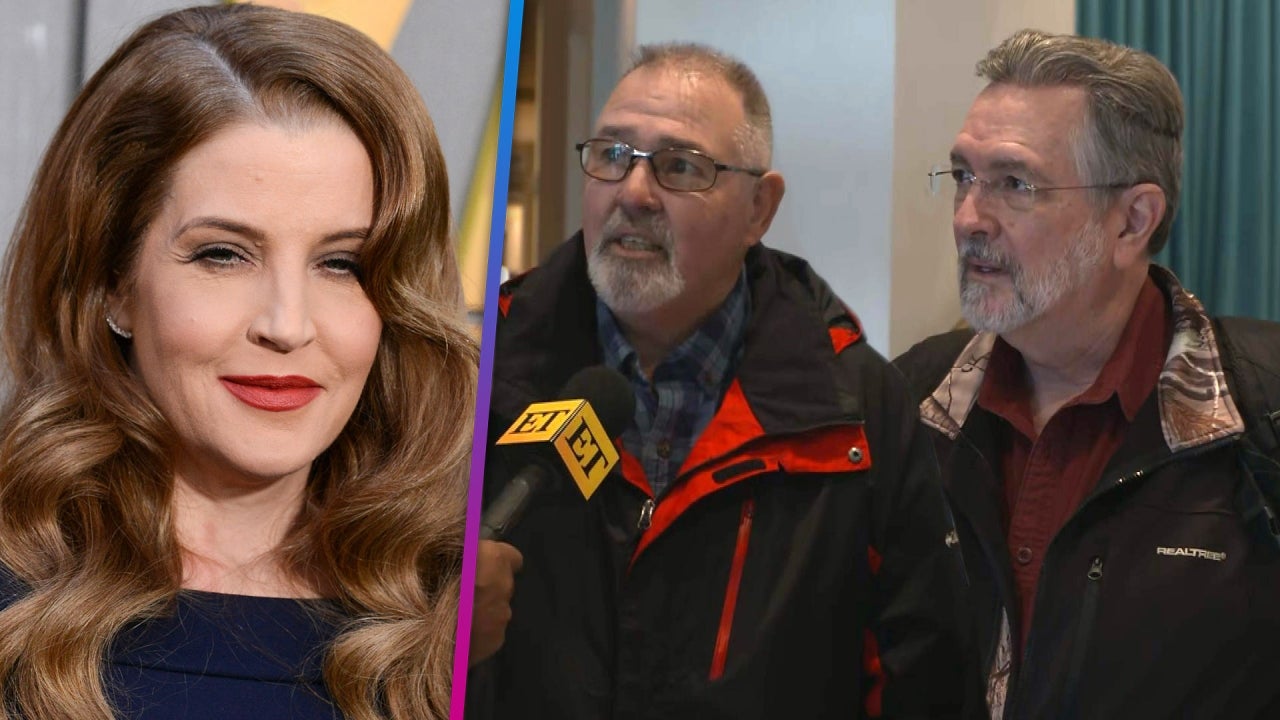 The Blackwood Brothers Quartet took the podium at Lisa Marie Presley’s memorial service at Graceland in Memphis, Tennessee, on Sunday. The famed gospel group sang two selections, “How Great Thou Art” and “Sweet, Sweet Spirit,” per the family’s request.

“First, it was an honor for us to be there and to be able to sing,” Jim Rogers told ET’s Kevin Frazier following the ceremony. “Those songs were requested by some of the family.”

The quartet’s performance of “How Great Thou Art” was not only a tribute to Lisa Marie, but also to her father, Elvis Presley, as that was one of his favorite selections.

“‘How Great Thou Art’ was one of the songs that he’d done just about every show,” Rogers added. “It was always something that was very special. Also, ‘The Sweet, Sweet Spirit,’ was another one that he just loved, and loved the harmonies of it. And like I said, it was an honor for us to be here and be part of this.”

Eric Walker shared his bandmate’s sentiments, adding, “It was an honor and a privilege to be invited to her memorial service, something I never thought we’d be involved with. It was quite the honor.”

The Blackwood Brothers Quartet is comprised of Rogers, Walker, Jonathan Mattingly and Billy Blackwood, whose father, James Blackwood Sr., founded the group in the 1930s.

“My dad hung up and said, ‘Elvis wants to introduce me to his baby girl. Do you want to go with me?'” he shared. “And I said, ‘Of course.’ So we came out here, parked, and we’re ushered into the foyer. In a little bit, Elvis came down the steps holding Lisa in his arms, he said, ‘Mr. Blackwood, this is my little girl, Lisa Marie.'”

“He said, ‘Lisa, this is Mr. Blackwood, one of my heroes.’ I stood there in awe and transfixed, kind of taking in the moment,” he added.

“This is kind of full circle,” he said as he got choked up. “We are so honored to be here and to be a part of Lisa’s celebration today.”

He continued, “There’s a song that Elvis had often sung at his concerts. He actually didn’t sing it. He would listen as The Imperials, and later The Stamps, would sing this song. He would ask the audience just to be quiet and listen. And as this song was sung, a holy hush would fill the auditoriums.”

Before singing, Blackwood shared his wish for the attendees and Lisa Marie’s family.

“Our prayers that that same holy hush would fill this place today,” he said. “And Priscilla, Riley, Finley and Harper, our hearts are with you. We’re all here today because we love your family. You’re in our thoughts and prayers. May this song be the ushering in of God’s peace and presence in your life, we pray.”

Lisa Marie died at the age of 54 following a cardiac arrest. In addition to the Blackwood Brothers, Billy Corgan, Alanis Morissette and Axl Rose all honored the late musician in song during the public ceremony.

Lisa Marie Presley Had One Request for Her Memorial Service