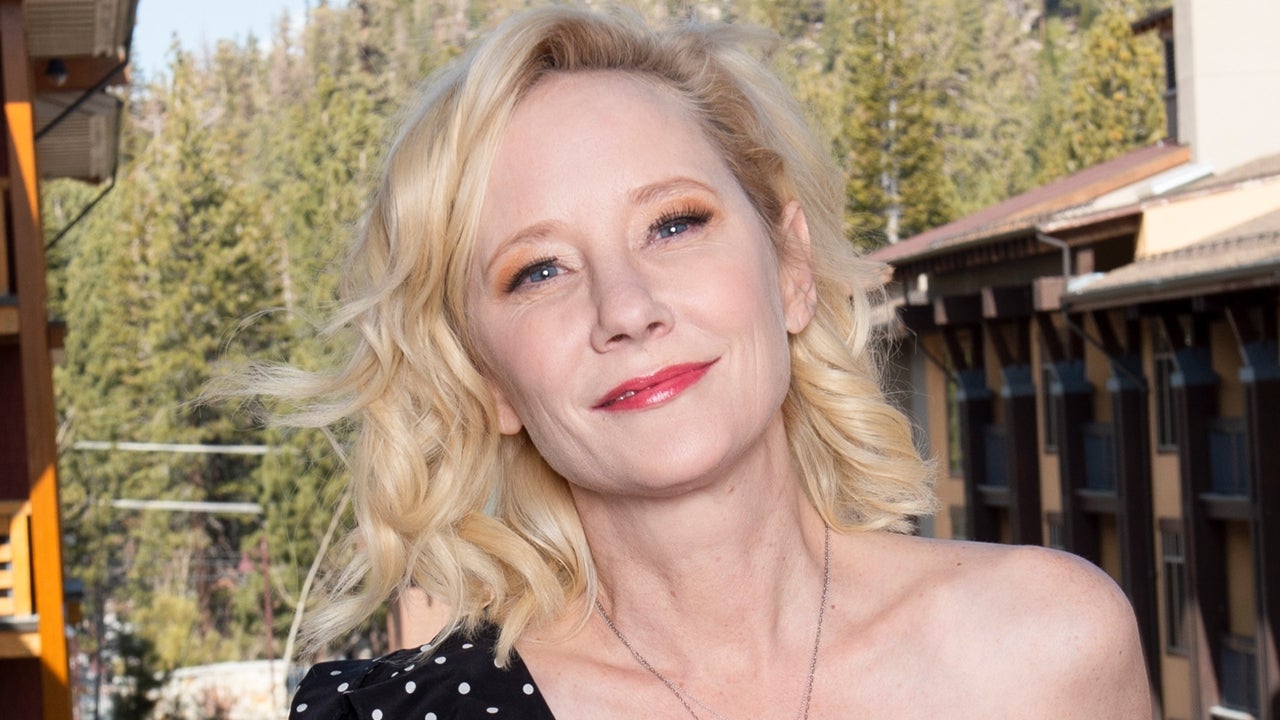 Five months after Anne Heche died following a tragic car crash, her second memoir is giving a posthumous look at her life, loves and career.

In Call Me Anne, the follow-up to her 2001 book, Call Me Crazy, Heche writes about everything from her ups and downs in Hollywood to her highly publicized romance with Ellen DeGeneres to the way her traumatic childhood shaped her as a mother.

“I was born into a family culture of abuse,” Heche says in the book’s opening lines. “It took years to come to terms with that, and honestly, it’s a lifetime’s work that will always be ongoing. This book is meant to give you a glimpse into that lifetime. It’s a guidebook to some of the lessons I’ve learned over time and contains suggestions about how to put those lessons into practice in your own life.”

Heche was declared brain dead on Aug. 12, one week after she was involved in a fiery car crash in Los Angeles. She was 53.

The actress was taken off of life support days later, when recipients for her organs were identified. Shortly thereafter, the LA County Medical Examiner-Coroner’s Office told ET that Heche died as a result of smoke inhalation and thermal injuries.

Earlier this month, her 20-year-old son, Homer, who has been appointed administrator and personal representative of his late mom’s estate, announced that Call Me Anne would be released posthumously.

“My mom had a completed manuscript for a second book at the time of her passing. The book is the product of Mom’s further efforts to share her story and to help others where she could,” he wrote in part. “Call Me Anne is the result and I know she was excited to share with the world. So, Mom, here I am sharing it with the community you created, may it flourish and take on a life of its own, as you would have wanted.”

Reach on for some of the most shocking revelations from Call Me Anne:

Heche’s Hollywood tales range from hilarious to harrowing, with the actress recounting her rejection of Harvey Weinstein’s alleged crass hotel room offer to “suck this, and you’ll get the job” with a hindsight regret that she didn’t “kick him in the balls” at the time.

She remembers crawling under Oliver Stone’s desk the first time they met — shortly after she made the move to Los Angeles — and peering up at him through the glass top to introduce herself. “I had no idea who he was then, but whoever he was, he didn’t look up when I walked in the room, and that seemed rude,” she writes.

And she recalls being threatened with legal action after Wild Side director Donald Cammell sexually harrassed her on set.

“I was maybe twenty-four years old. And a movie studio was going to sue me? It certainly didn’t make financial sense,” she remembers. “I felt they meant they’d try to ruin me, by taking my dignity and telling the acting community that I was uncooperative on set, all because I wouldn’t finger Donald’s wife in his office, a necessary step, according to him, to test if I could pull off a convincing lesbian sex scene with the gorgeous Joan Chen.”

Another one of Heche’s early film roles was opposite Demi Moore and Alec Baldwin in The Juror. In the book, the actress recalls a mortifying moment from filming a steamy sex scene with Baldwin that stayed with her for years afterward.

“The patch of underwear they gave me for filming was just shy of a Band-Aid. It was meant to cover me enough to keep the sex scene from being a little too realistic, without showing up on camera,” she writes.

However, once she and Baldwin started getting hot and heavy, Heche recalled, the “Band-Aid” began to slip. What’s worse, Heche had started her period, bleeding all over the sheets, herself and her co-star. The actress said she was mortified as the crew began cleaning up after her, but noted that Baldwin only grinned at her and said, “Let’s make the next take hotter.”

Years later, Heche invited Baldwin onto her podcast, and recounted the story — only to realize he had no memory of the incident. “He only remembered that lunch was called early – he did not remember why. It’s highly possible that your most embarrassing moments are way more monumental to you than anyone else,” she shares.

Following public relationships with stars like Lindsay Buckingham and Steve Martin, Heche began a relationship with Ellen DeGeneres in 1997 — just after the comedian and talk show host’s very public coming out on her sitcom and the cover of Time magazine.

However, while the couple was happy together, it wasn’t smooth sailing as one of the first major gay celebrity couples in the Hollywood spotlight. Heche recalls being confronted with a meeting of four “suits” when she wanted to bring DeGeneres as her date to the Volcano premiere in 1997.

“The first time you experience discrimination in the eyes of the people who represent you is the moment you decide who you are as an artist,” she writes. “I had already decided who I was as a person, but I hadn’t been confronted as an artist until this moment. I looked at Ellen. She looked at me, consoling, as if to say, ‘It’s okay. Do this. We’ll deal with your conundrum over it when it’s over. I’ll be waiting for you at home.'”

“There’s not one moment that has defined my life more than that one. Anne, the artist, Anne, the daughter of a man who had hidden his sexuality–we’re all the same person,” she continues. “I had no idea how much that one decision would impact my life and what I gave up for that decision.”

Ultimately, the pair attended the premiere together, but Heche says they were swiftly ushered out of the theater when the movie ended, “led through a back entrance, and shoved into our limousine so that there would be no pictures of us taken at the afterparty. The next day, I was fired from a multi-million-dollar-picture deal by Fox, then blacklisted. It would be ten years before I did another studio picture. I felt like patient zero in the cancel culture.”

Another incident came on the set of Six Days, Seven Nights, where Heche claims co-star Harrison Ford and director Ivan Reitman sat her down in her trailer to address the unwanted attention surrounding her relationship.

“Why can’t you just be like Jodie Foster?” she alleges Reitman asking. “Everybody knows it, she just doesn’t talk about it.”

“I couldn’t imagine how many things Jodie Foster had chosen not to talk about, but I assumed they were talking specifically about a rumored sexual orientation she had, which she considered no one else’s business. And I agreed, then and now–it wasn’t,” the actress writes.

However, Heche shares, the “most devastating thing” about the very public scrutiny of her sexuality and relationship with DeGeneres, was that “from the first week with Ellen to writing my first book…. no one bothered to ask me about any of it.”

“There was a void in the culture that–no matter how many articles were written about me–kept anyone from actually asking me to find out why I had done what I did,” she continues. “What was the force that would have made a human being risk everything they’d been promised, their entire career so far, to make a decision that no one else had made so publicly before that time? Why? Why would I have done that?”

“Since nobody asked, I will tell you why. Because I had lived in a family that was built upon lies. My father hid his sexuality his entire life. When I met Ellen and she was open and honest about her sexuality, it was the most attractive and alluring quality in a person that I had ever seen,” she writes. “I was mesmerized by her honesty, and that is why she was the first and only woman that I ever fell in love with.”

Call Me Anne is out now.