Drew Barrymore Surprises Allison Williams by Dressing Up as M3GAN 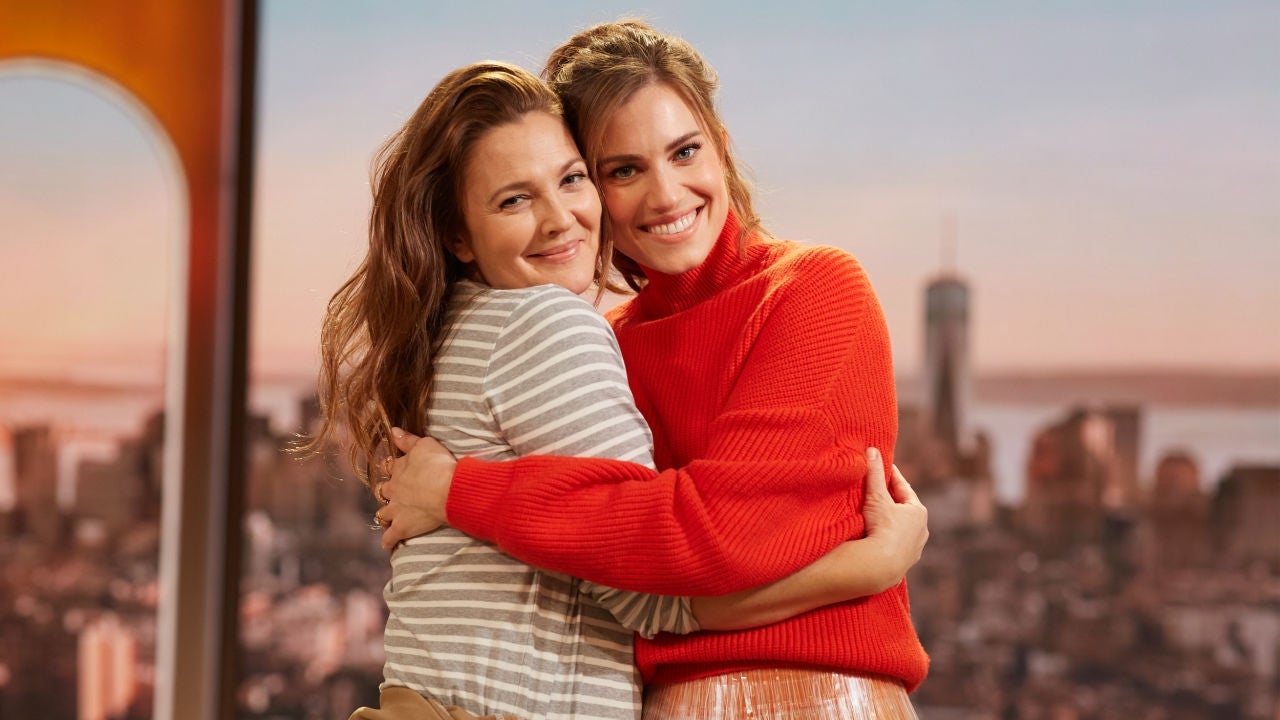 Allison Williams didn’t know she would be speaking with M3GAN when she arrived at The Drew Barrymore Show. In a clip from Wednesday’s episode, the film’s star and executive producer is surprised to see Barrymore dressed as the film’s spooky AI doll.

In the clip, Barrymore is dressed in the full M3GAN costume, rocking the blonde wig, piercing blue eyes and pussy bow blouse and skirt combo. Williams, who plays Gemma, the scientist who created M3GAN, is stunned as Barrymore doesn’t break character as she does the interview.

Williams puts the host to the true test, as she asks her if she can run on all fours. Accepting the challenge, Barrymore flawlessly executes the doll’s creepy run to the delight of Williams. Things are perfect until Williams finds a glitch in Barrymore’s blue contacts.

The host tries to contain her laughter as she stays in character and attempts to fix the blunder with her fingers before finally moving just her head.

Finally, when Barrymore gets her eyes fixed, she jumps into interview mode.

“How did you know that this movie would be such a hit? It just broke, like, $100 million at the box office,” she asks.

“Obviously, M3GAN,” Williams replies still trying to contain her laughter. “We never really know how these things are going to go, but you can hope for a certain outcome. And I’m going to be self-deprecating and say it’s really about you. If people loved M3GAN and they got her, that’s why.”

Barrymore — or M3GAN — obviously loves the answer and reacts by doing the AI doll’s signature dance.

Williams’ appearance comes after it was announced that M3GAN is getting a sequel. The TikTok sensation will return to screens in M3GAN 2.0.

In December, ET spoke with Williams, who dished about the doll’s social media impact, and Twitter beef with another well-known killer doll, Chucky.

“It’s been, like, awesome, it’s just the coolest thing,” Williams said. “You make a movie, you come up with the marketing campaign, and you just hope it takes off, you hope it resonates, but you have no idea it’s gonna happen.”

She continued, “There’s no way to predict anything in this business. And then, once we started seeing people reacting to it on Twitter, we were like, ‘Oh, this is the best case scenario.’ People are having so much fun with her, and they seem to understand what her energy was, which is the best. She’s a very specific vibe, very specific kind of gal, our M3GAN. We knew what the mission was, as long as people understood her, we were gonna be OK.”

A ‘M3GAN’ Sequel Is Coming in [Spoiler]