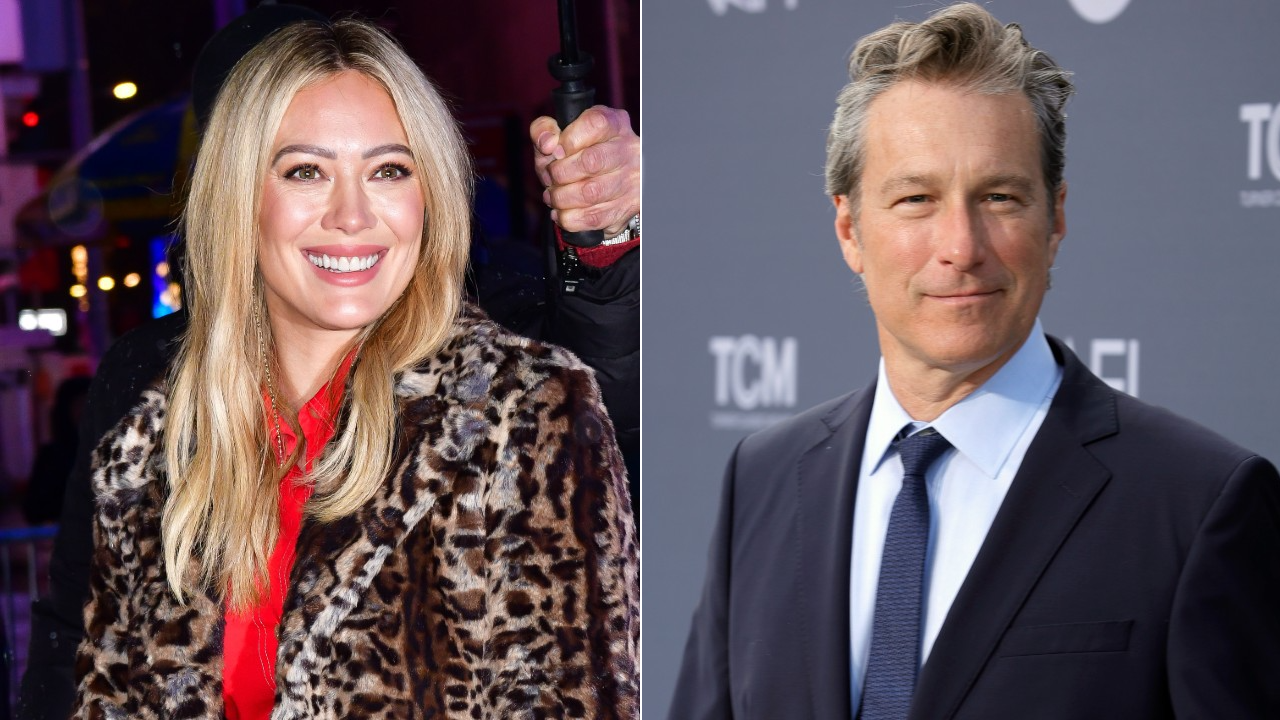 Hilary Duff‘s new on-screen love interest is a blast from her past. In season 2 of the Hulu sitcom, How I Met Your Father, Duff’s character, Sophie, strikes up a romance with an older man, played by actor John Corbett.

Coincidentally, Corbett played Duff’s high school teacher in the 2004 film Raise Your Voice. “He sure did, and now we are smooching it up,” Duff quipped of Corbett’s past role during a Monday night appearance on Late Night With Seth Meyers.

“This would have been very bad if it had happened then,” host Meyers noted, pointing to a photo from HIMYF of Duff and Corbett kissing and then one of them from the teen flick.

Meyers asked if Duff was a fan of Corbett’s hit show Sex and the City.

She admitted that it was tough to think of the actor in any other role outside of the sexy furniture designer Aidan Shaw.

Corbett isn’t the only SATC alum on HIMYF. Kim Cattrall, who played Samantha Jones on the hit series and movies, is also playing the older version of Duff’s character.

“She plays all the flash forwards, and she’s just incredible — like, really incredible. She speaks and you’re just like, ‘I’m listening,'” Duff told ET of Cattrall. “She’s just a force, but she’s so kind. She’s so warm, and I’m so excited to have her on board, truly. It’s a really cool show, and I’m really proud of it and happy to have someone like her stepping on in.”

While Cattrall will not be returning to the SATC franchise to appear in the show’s HBO Max reboot, And Just Like That, Corbett excited fans earlier this month when star Sarah Jessica Parker shared a photo of herself on set, holding hands with him.

Parker’s character Carrie Bradshaw had an on-off romance with Aidan throughout the series, even getting engaged to him at one point.

Season 2 episodes of How I Met Your Father have started streaming on Hulu.

‘And Just Like That’ Season 2: Carrie and Aidan Hold Hands in New Pics

‘How I Met Your Father’ Season 2: Sophie’s Life Is a ‘Trainwreck’