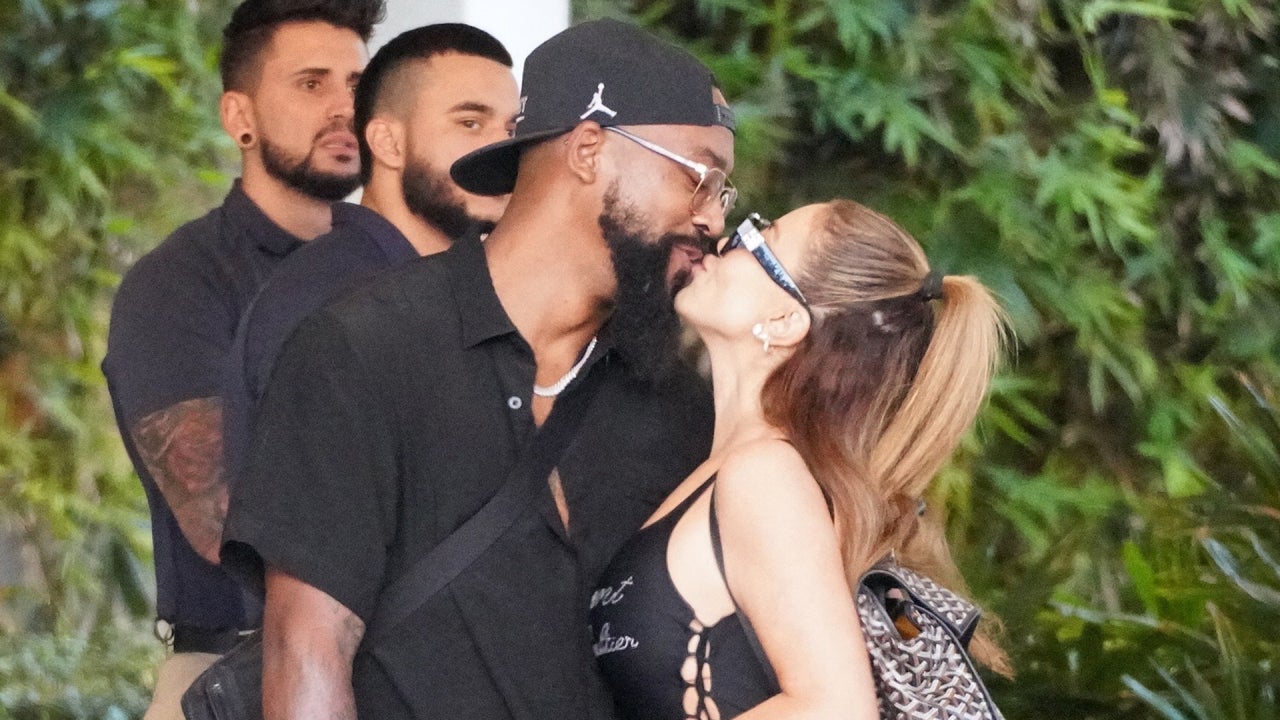 Larsa Pippen and Marcus Jordan have seemingly taken the next step in their relationship! On Monday, the 48-year-old Real Housewives of Miami star took to Instagram to post a pic with Michael Jordan‘s 32-year-old son.

In the shot, Larsa and Marcus stand in front of a display featuring flowers in the shape of Michael’s NBA jersey. The pic, which was taken at the Trophy Room store in Orlando, Florida, shows the duo cuddling up, with Marcus’ arm over Larsa’s shoulder.

“Checks over stripes,” Larsa captioned the post, seemingly pledging her loyalty to Nike, the Jordan family’s shoe of choice, over its competitor, Adidas.

Larsa finalized her divorce from Scottie Pippen, who previously played on the Chicago Bulls with Michael, in December 2021. The parents of four first separated in 2016 after 19 years of marriage.

Romance rumors between Larsa and Marcus first circulated in September 2022, when they were spotted out to eat in Miami.

“Larsa and Marcus Jordan are casually hanging out,” a source told ET shortly thereafter. “The two have a lot of the same friends in common so they have been around one another a lot and enjoy hanging out.”

“They are having fun together,” the source added. “Larsa’s divorce from Scottie was finalized at the beginning of this year and she’s enjoying that freedom.”

The next month, Larsa reacted to the relationship rumors in an interview with ET.

“I have a lot of friends,” she said. “I mean, I’m very social. I was married for 23 years. This is the time for me to really, like, hone in on my relationships, so that’s kind of what I’m doing.”

From there, the couple wasn’t shy about showing PDA while out and about in Miami. Watch the video below for more on their romance.

Larsa Pippen on ‘RHOM’ Fights and Not Labeling Her Relationship Status