Panic! At the Disco to End as Lead Singer Brendon Urie Prepares to Become a Dad 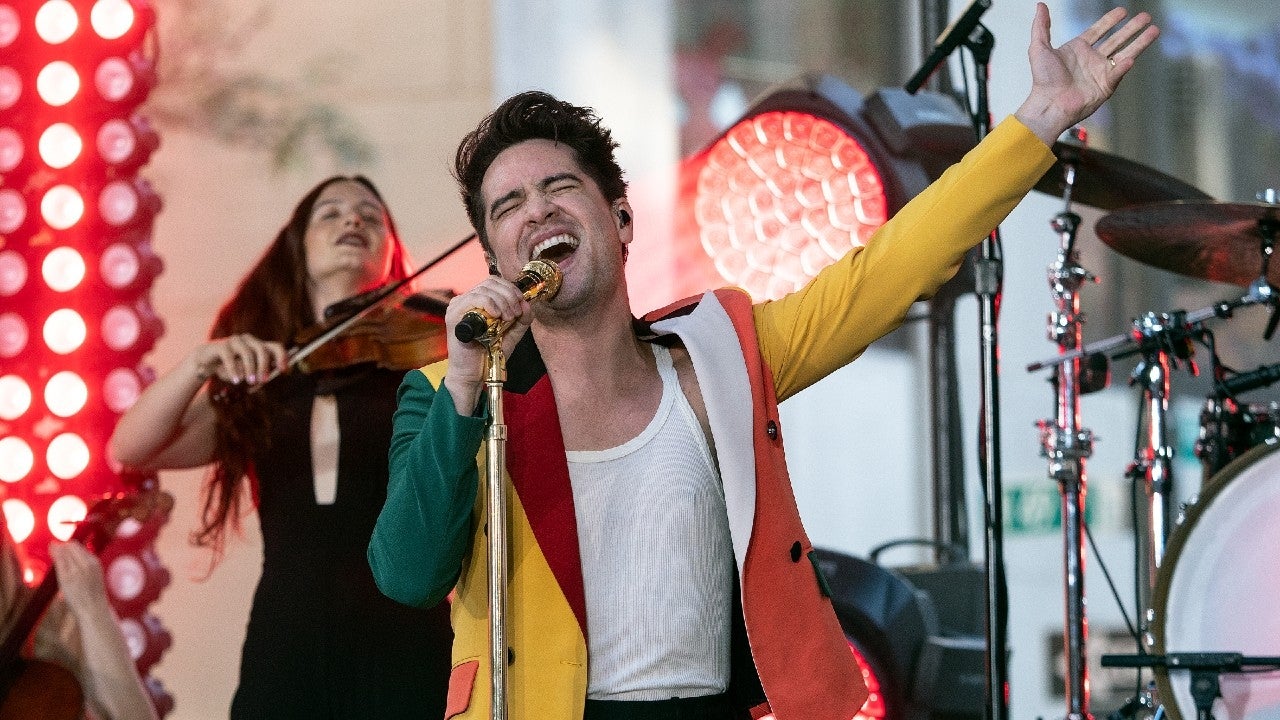 Brendon Urie is saying goodbye to a big chapter in his life as he prepares to become a father. The 35-year-old singer announced on Tuesday that his time performing with Panic! At the Disco is coming to an end.

He shared that he and his wife, Sarah Urie, are expecting their first child together “very soon.”

“The prospect of being a father and getting to watch my wife become a mother is both humbling and exciting,” he wrote. “I look forward to this next adventure.”

But Brendon also attributed this new time in his life as the end of his time with Panic! At the Disco.

“That said, I am going to bring this chapter of my life to an end and put my focus and energy on my family, and with that Panic! At The Disco will be no more,” he wrote.

He went on to thank his fans for their “immense support” throughout the group’s journey.

“Whether you’ve been here since the beginning or are just finding us, it has been a pleasure to not only share the stage with so many talented people but also share our time with you,” he concluded. “I am looking forward to seeing everyone in Europe and the UK for one last run together. I love you. I appreciate you. Thank you for existing.”

Panic! At the Disco formed in 2004 with Brendon as the lead singer and songwriter. The group was originally comprised of Brendon’s childhood friends: Ryan Ross, Spencer Smith, and Brent Wilson. However, by 2015, Brendon was the only remaining band member with back-up instrumentalists performing alongside him in supporting roles.

In 2015, Brendon opened up to ET about his friend, Spencer, leaving the group amid struggles with addiction.

“It’s still not over. We still talk, we still hang out. When I wrote ‘This Is Gospel,’ it was about his struggle from my point of view,” he shared. “It was tough to have conversations. For me, it’s easier to put it into a song… it was a catalyst for a healthy conversation.”

At the time, he also admitted that he hadn’t spoken with Ryan in years and said that no reunion with the group’s original members had been discussed.

The pop rock band rose to fame in 2005 thanks to their hit single, “I Write Sins Not Tragedies.” The group went on to release the single “New Perspective” for the 2009 film Jennifer’s Body. Panic! at the Disco has released seven studio albums, including the 2022 record, Viva Las Vengeance.

The final Panic! At the Disco tour — the Viva Las Vengeance Tour — will take place in the United Kingdom and Europe starting Feb. 20 and ending on March 10.

Panic! At The Disco’s Brendon Urie Comes Out as Pansexual

Brendon Urie on How His Wife Inspired Panic! At The Disco’s Album Title, ‘Death of a Bachelor’ (Exclusive)