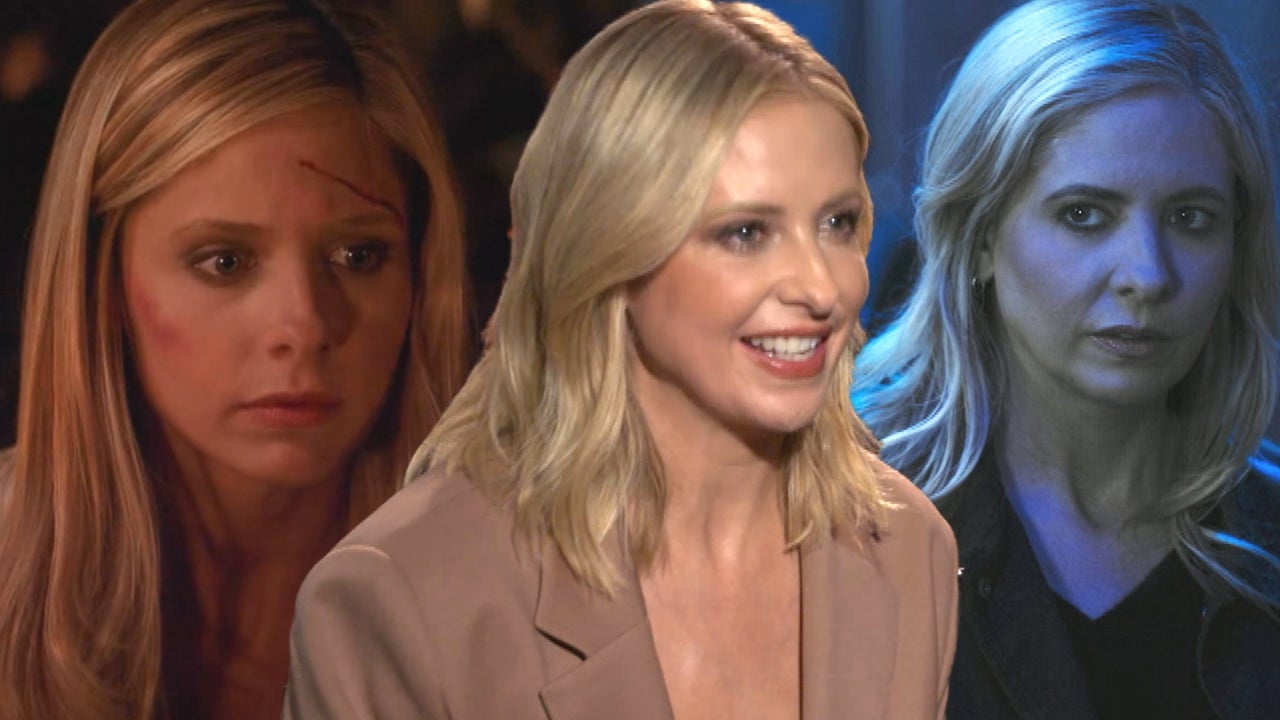 Sarah Michelle Gellar dips her toe back into the supernatural with Paramount+‘s Wolf Pack, the new series from Teen Wolf producer Jeff Davis and based on the book series by Edo Van Belkom.

Wolf Pack follows teens Everett (Armani Jackson) and Blake (Bella Shepard) whose lives are changed forever when a California wildfire awakens a terrifying supernatural creature and drives it to attack a highway traffic jam beneath the burning hills. Wounded in the chaos, they are inexplicably drawn to each other and to siblings, Harlan (Tyler Lawrence Gray) and Luna (Chloe Rose Robertson), who were adopted 16 years earlier by a park ranger after another mysterious wildfire. As the full moon rises, all four teens come together to unravel the secret that connects them — the bite and blood of a werewolf.

Gellar plays arson investigator Kristin Ramsey, a highly regarded expert in her field and no stranger to personal loss, brought in by authorities to catch the teenage arsonist who started a massive wildfire which may have also led to the reawakening of a supernatural predator terrorizing Los Angeles. But, as the Buffy the Vampire Slayer star hinted to ET’s Ash Crossan during the press junket earlier this month, not everything in Wolf Pack is to be taken at face value

“Nothing is what it seems and I think that you really have to stick with it,” the actress teased. “I remember when I finally sat down with Jeff and I had my guesses with what I thought, and usually I’m pretty spot on, and some of them I was right but some of them I was so far off.”

“Also, I think we have to speak about the fires< Gellar said, referring to the show’s main catalyst for the chaos that ensues. “I think that’s such an interesting back-drop ’cause it’s something people haven’t really explored. I, for one, in the last L.A. fire, we were evacuated at 2 in the morning for two weeks. I didn’t know if our house burnt to the ground and those emotions… You try not to tie your life to things but our life is a collection of those experiences and those things represent that and what that does and just how scary fire actually is. It’s its own character and we talk a lot about what we’re doing to our Earth and there’s this whole side story of that, which I find fascinating.”

The actress, who serves as an executive producer on the series, credited Davis for adapting Van Belkom’s novel in a a way that leans into the metaphor of monsters and supernatural beings to act as manifestations of “anxiety, fear and what it’s like to find your path.”

“It resonated with me having experienced — obviously all of us, the last couple of years with COVID and being isolated and understanding that without my pack, I wouldn’t have been able to survive. And that’s the core of the show,” Gellar said. “And then on top of it, it’s just a really fun ride.”

Co-star Rodrigo Santoro, who plays Garrett, a park ranger dedicated to protecting the environment and stepfather to Harlan and Luna, said it was Gellar’s involvement in the series that intrigued him as it was his first time stepping into the supernatural world.

“Everybody wants to be in this time. It’s like, you want to be that watercooler show,” Gellar chimed in. “They can’t wait [to get answers to the] questions and… I almost liken this show to Sixth Sense in a sense because at the very end, you almost need to go back and watch because there’s breadcrumbs dropped throughout that explain things and you won’t realize that… until the very end. And to me, that’s so exciting. It was such an incredible experience from start to finish. It really was that experience that you hope for on a job. It was communicative, it was collaborative.”

For Gellar, a veteran at this point in television, she further elaborated on recent comments about why she felt it important to retain an EP credit and ensure that the set felt safe for cast and crew.

“When I signed on to the show it was important to me to be an executive producer. I think that’s something people don’t realize when you have a producer that’s on set every day that you really know the crew that knows what’s happening. You can really make the safety net that I never experienced. And I just said to them, and by the way not just them, I said it to crew members too,” she said, mentioning an incident with a crewmember who was working long hours that Gellar felt it best to have her be driven to and from set. “To be able to see those things firsthand and understand that there are answers to those, I just always said to them, even if I’m not there because I did go back and forth, ‘Call me on my phone. You don’t have to go to anyone else. It’s a safe place and I basically did for them what I wished I had had.”

As for what viewers can expect when they begin the Wolf Pack adventure, Gellar and Santoro offered these teases. “A show like Wolf Pack can play a major role in changing the trajectory in youth in those terms, just by normalizing conversations that have been stigmatized for so long — talking about mental health,” Santoro said. “All the characters, I mean Armani’s character, Everett, is literally having panic attacks and dealing with that all the time. But all of our characters go through and are exposed to stress and very critical feelings of anxiety and how we deal with it. It’s what we’re going through.”

“And their reactions are all so different,” Gellar added. “You have Bella’s character who has given up all devices and you realize that that’s not the answer either because they also do provide a safety net and a connection and security. And you have Chloe’s character who’s looking for that path. I even see it in my own daughter in high school or middle school where she’s looking for who her people are and she can’t find them. And she knows they’re out there — that loneliness that comes from not having that person. And then you have Tyler’s character who is really trying to figure out his place with his father and being a man and what that means to go from boy to man. It’s just such an interesting progression. We delve into it with each of them.”