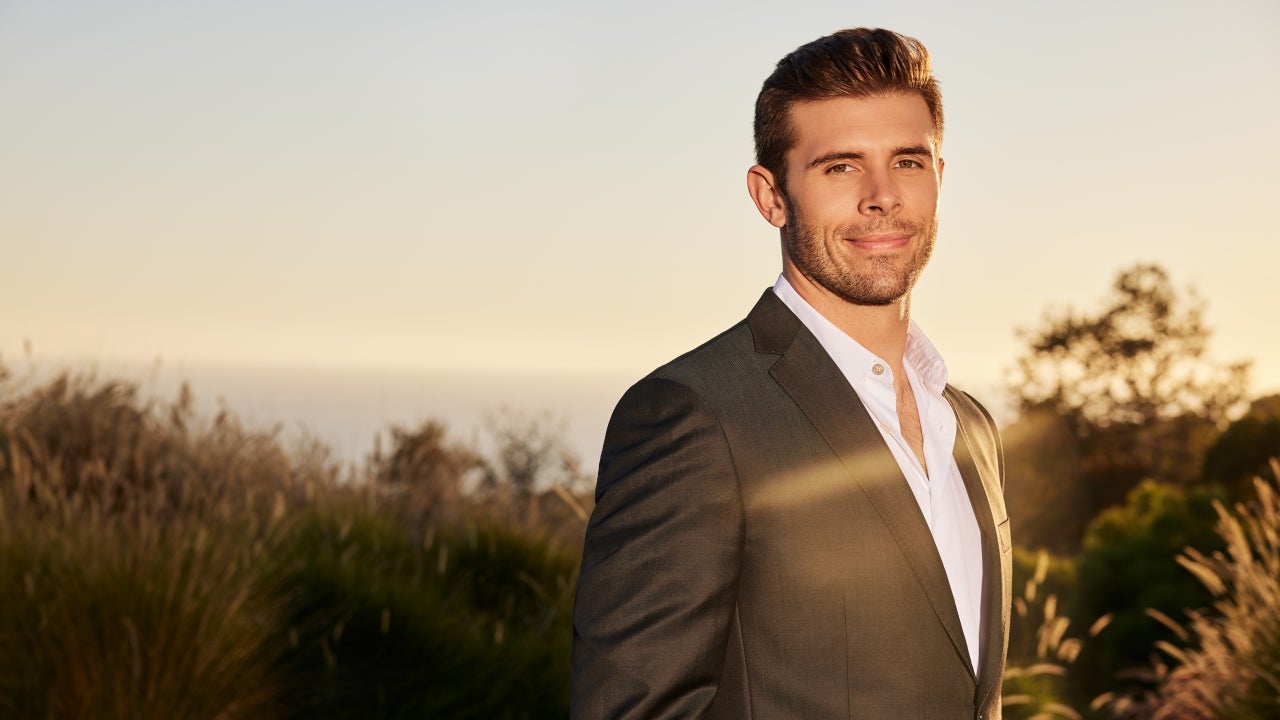 The Bachelor is back! On Monday, the season 27 premiere of ABC’s long-running dating series aired, kicking off Zach Shallcross‘ journey for love.

“I’m the Bachelor. That is freaking wild. I still feel like this is a dream,” Zach, who previously vied for Rachel Recchia‘s heart on The Bachelorette, said. “I know some people are saying, ‘Why me?’ I’m just ready, at the point in my life to settle down, find my wife. I am not here to mess around. I’ve lived through this experience and I know that it’s real. You can find love here.”

With that, Zach’s journey began and he was introduced to 30 ladies who were all hoping to become Mrs. Shallcross. Night one wasn’t without drama, though, as Zach kissed several women and delivered tears and heartbreak to others.

Keep reading for a full recap of the season premiere of The Bachelor.

The episode started with former Bachelor Sean Lowe stopping by to offer Zach some advice, as he recalled meeting Catherine Giudici, his now-wife with whom he shares three kids, when he was the franchise lead.

“I didn’t necessarily see her as my wife until maybe midway through. I was like, ‘Holy cow. I continually find myself thinking about Catherine in ways I don’t think about the other women. That’s kind of exciting,'” Sean said. “Maybe she didn’t fit my type in the beginning, but maybe the girl out there for you is not necessarily your type… If you’re going to have a long, healthy marriage, I think you have to marry your best friend. It’s intoxicating once you find your person and then you’ve got a whole beautiful life to look forward to after that.”

From there, fans got the first look at who that woman may be. There’s Bailey, whose name Zach forgot when they met the night he was announced as the Bachelor.

“When I see him again I will make sure he remembers my real name,” Bailey told the cameras.

Katherine’s video introduction revealed she likes Zach because he’s “confident and secure,” while Christina, the niece of country singer Barbara Mandrell, said she’s focused on finding someone to raise her 5-year-old daughter with.

A child therapist named Charity, a third-person speaking woman named Greer, and a rodeo girl named Brooklyn were also revealed to be vying for Zach’s heart. America’s First Impression Rose winner Brianna also made an appearance, as did Kaity, who revealed that she was cheated on in her last relationship.

Jess was the first woman out of the limo, and Zach remarked that she was “very pretty” as soon as she walked away. Ariel got a similar compliment from the tech executive, who went on to meet Charity, drink champagne with Davia, chug maple syrup with Gabi, and sip on coffee with Greer.

Viktoria got four cheek kisses from the Bachelor and Anastasia confessed that she wouldn’t be on the show if it wasn’t for him, before Zach got reacquainted with Cat and Brooklyn, whom he met the night he was revealed as the franchise lead.

When Bailey came out wearing a name tag, she gave Zach a hard time for forgetting her name on live TV. He expressed his regret by kissing her.

The exchange left Bailey “freaking out” and “on cloud nine,” with Zach explaining to the cameras, “There was a little bit of a spark there and I wanted her to know that I felt that spark. I wanted to give her a kiss when I saw her here and let her know that I do remember her name.”

Kaity, who lives in Austin, Texas, the same city as Zach, joked to the Bachelor, “Judging from what I can see right now, I can confirm that everything is bigger in Texas.”

Dermatologist Katherine asked Zach to spray sunscreen on her, before Vanessa threw Mardi Gras beads, Kimberly performed a rap, Lekha licked him and Holland revealed the NSFW reason why his Bachelorette date in her namesake country didn’t work out, quipping, “You were in the wrong Holland.”

Introductions wrapped up when Mercedes arrived with a pig, Christina showed up on party bus, and Brianna told Zach, “I’m not here for the roses, I’m here for your heart.”

After meeting all the women, Zach made his way inside to propose a toast at the start of this “overwhelming” journey.

“I’m so grateful to be in this position right now,” he told the women. “… I’m just a dude who loves family, football and frozen pizzas. But really is someone who is looking for his forever best friend… All I ask is that you’re open and honest with me about everything and your feelings, because I will be open and honest with all of you.”

The conversations then kicked off, with Katherine and Zach bonding over their goofiness, Kaity getting a kiss full of “fireworks” from the Bachelor, and Christina ending her compatibility questionnaire with a kiss.

Next, Cat and Zach worked to see how many meatballs they could fit in their mouths, Genevie made him change a baby doll’s diaper, and things quickly got serious with Greer, who opened up about her want for a best friend and her long-term plan to move to Austin. After smooching with Greer, Zach felt a spark with both Charity and Jess and kissed them too.

Ultimately, though, it was Greer who earned the first impression rose.

Madison came on strong, and decided to talk to Zach about wanting him to meet her family. She left the conversation feeling like their attraction toward each other was “electric,” so much so that Madison interrupted Olivia M.’s conversation with Zach when she felt they were getting too close.

Madison and Zach proceeded to have a second conversation, full of awkward dancing and an even more uncomfortable peck on the lips. Afterward, Madison wasn’t so confident, telling the cameras, “I wish it was more. The kiss was subpar. It was literally a peck.”

While Madison wanted it to be more, Zach wished it had been less. “Madison, I think she’s very sweet, but I don’t know if I was feeling that kiss. It didn’t feel right. The kiss sat wrong with me,” he said. “I’m feeling overwhelmed with my second conversation with Madison.”

From there, Madison broke down, sobbing in a confessional and to other women. “I want to be wanted. It’s so embarrassing. It’s so f**king embarrassing,” she said.

With the rose ceremony fast approaching, Madison decided she couldn’t sit through that and instead opted to talk to Zach before he started handing out flowers.

“I don’t want to force things. I want things to come natural,” she said. “… I just want to be sure you want me on this journey.”

“I really do thank you for being here. I really appreciate getting to know you, but as I said, I never want to lie,” he responded. “I always want to be open and truthful. My heart wasn’t feeling it. I never want to force that and I don’t want to put you through something that’s not real because I know what it feels like to be led on and I don’t want that for you. I’m sorry. I just don’t see a future with us, but I still think you’re awesome.”

The pair parted with a hug, but Madison was clearly emotional as she told the cameras, “I cannot believe that I gave up my life for him. I know what I deserve and it’s not that. I know for a fact he doesn’t know what he’s missing out on. What was wrong? What did I do wrong?”

For Zach, though, there was no other option.

“I lived through this experience with Rachel and I didn’t get that honesty and clarity that I needed,” he explained, “and I’m going about this different.”

‘The Bachelor’: Watch the Claws Come Out In Season 27 Supertease!