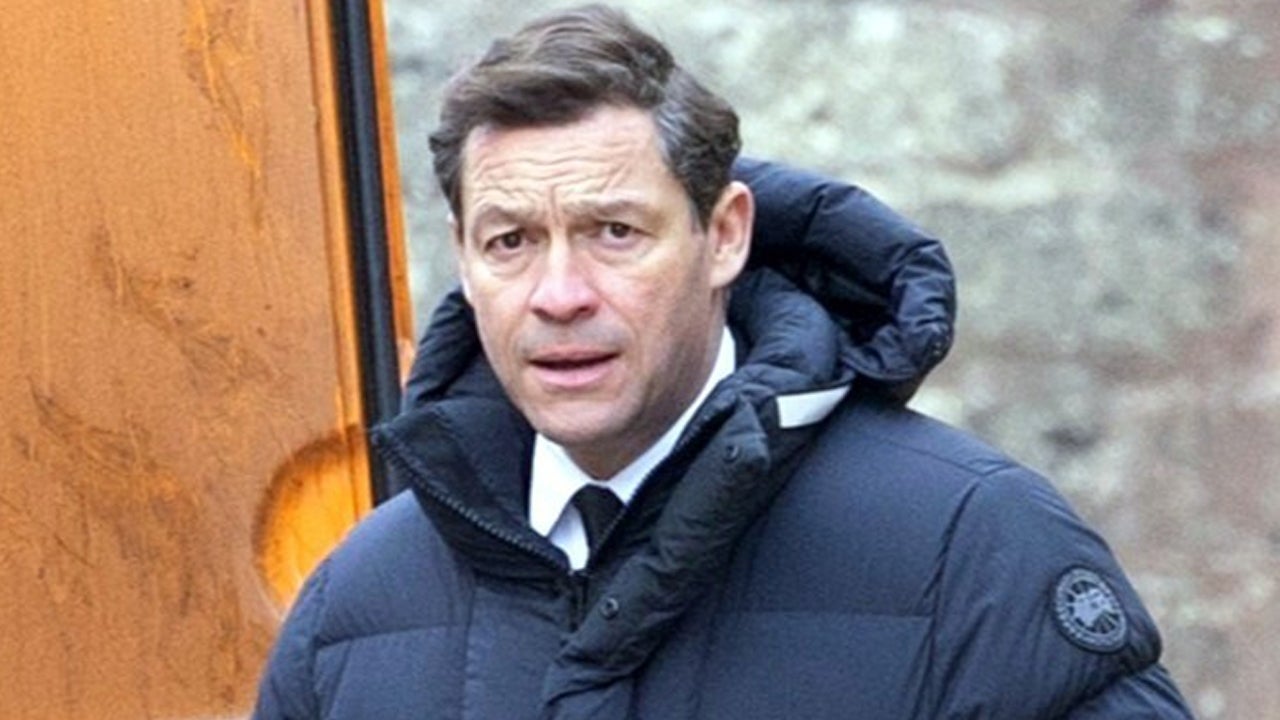 There’s a Spice Girls wannabe on the set of The Crown as filming is underway for the hit Netflix series.

Dominic West was photographed filming a scene for The Crown with an actress dressed as Ginger Spice (or Geri Halliwell) at Winchester Cathedral. West, who portrays then-Prince Charles, is seen holding what appears to be a cup of hot coffee or tea while wearing a black puffer jacket over a white dress shirt and black tie.

The actress portraying Ginger Spice is decked out in her trademark British flag coat complete with the British flag printed on her high heels. She’s wearing an oversized red wig as she waves to the cameras. As fans know very well by now, The Crown wrapped up season 5, which covered events from April to July in 1997.

Prince Charles first met the Spice Girls on May 9, 1997 at the Princess Trust Concert in Manchester. Charles donned a tuxedo while the Spice Girls strutted to the event in their trademark flamboyant outfits. Melanie “Mel C” Chisholm told People back in September about the band’s encounter with the then-Prince of Wales, which included breaking royal protocol and planting wet kisses on Charles’ cheeks. Mel C also said Ginger Spice patted Charles in the behind.

“At the time, I was one of the shyer members of the band, so I was cringing inside as the girls were kissing Prince Charles,” Chisholm told People. “I was like, ‘Oh my gosh, I can’t believe they’re doing it.’ But now I’m really proud that the girls did that because I think that’s part of the reason the world fell in love with the Spice Girls. We were kind of doing what everybody wished they could do, and it was never with malice. It was always with a smile.”

The group once again met Charles — as well as a young 13-year-old Prince Harry — later that year on Nov. 1, when he visited Nelson Mandela in South Africa.

According to The Associated Press, Charles’ visit to South Africa — which included attending the Spice Girls’ Two Nation charity concert in Johannesburg — was his first official trip since the death of Princess Diana.

There was a tender moment onstage when Mandela stood up and declared, “I don’t want to be emotional but this is one of the greatest moments of my life.”

Charles responded, saying, “And it is the second greatest moment in my life…the first was when I met them the first time.”

‘The Crown’: What Prince Harry and Real-Life Royals Think of the Show

Dominic West Reacts to Being ‘Too Handsome’ to Play Prince Charles