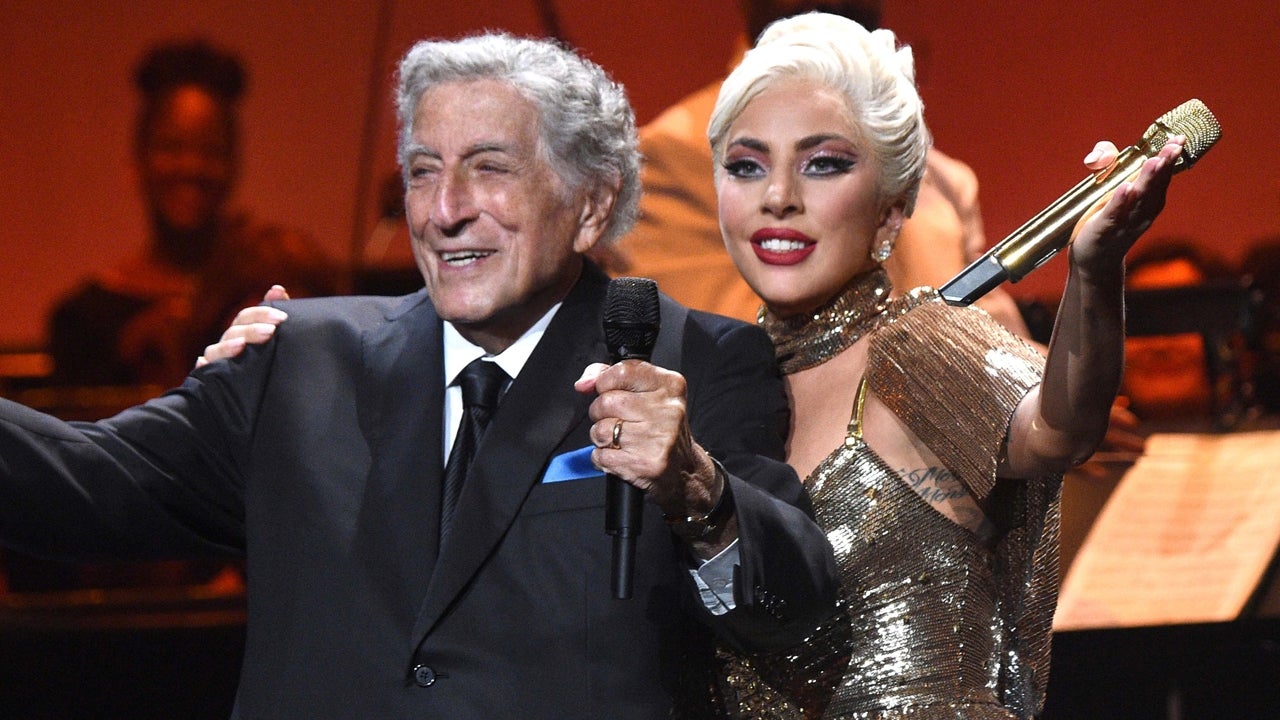 Sherri Shepherd Recalls Barbara Walters Fighting to Cast Her on …

’80 For Brady’: Behind the Scenes With Jane Fonda, Tom Brady and…

Why Julie Chrisley Appears in Denial About Prison Time

Brian Tyree Henry and Danielle Deadwyler on Embracing Being the …

Brendan Fraser on Being ‘Quite Emotional’ Before Accepting Spotl…

North Transforms Into Dad Kanye West Alongside Kim Kardashian in…

Lady Gaga is getting support from one of her iconic friends! On Tuesday, it was announced that the superstar was nominated for an Oscar in the Best Original Song category for her single, “Hold My Hand,” from the Top Gun: Maverick soundtrack, and Tony Bennett had to celebrate.

“Congratulations to the amazingly talented @ladygaga on her 4th Oscar nomination! Today, Lady Gaga makes history as the first artist to receive three nominations in the ‘Best Original Song’ category at the #Oscars. So proud of you!” a tweet from the 96-year-old’s official account read.

Gaga, who took home the award for Best Song for “Shallow” from A Star Is Born, will face off against Rihanna, Tems, Ryan Coogler and Ludwig Goransson (“Lift Me Up” from Black Panther: Wakanda Forever), M. M. Keeravaani and Chandrabose (“Naatu Naatu” from RRR), Ryan Lott, David Byrne and Mitski (“This Is a Life” from Everything Everywhere All at Once), and Diane Warren (“Applause” from Tell It Like a Woman).

Bennett’s tribute comes almost a year after Gaga took the stage at the 2022 GRAMMYs to perform a tearful celebration to the singer.

In 2022, Bennett announced that he’s been battling Alzheimer’s since 2016. Prior to her taking the stage, Bennett appeared, via video message, to wish his friend luck as she performed their songs, “Love for Sale” and “Do I Love You.”

Gaga’s Oscar nomination comes after a source revealed to ET that the “Bad Romance” singer is laying low, as she prepares for her upcoming role as Harley Quinn in the Joker sequel.

“Gaga has been laying low because she is so focused on her work. She’s completely immersed in the Joker sequel and a lot of her energy is going toward that. She is totally in the zone and wants to kill it,” the source said at the time.

It has not yet been announced if Gaga will take the stage to perform “Hold My Hand” during this year’s Academy Awards ceremony on Sunday, March 12.

Why Lady Gaga Has Recently Been ‘Laying Low’