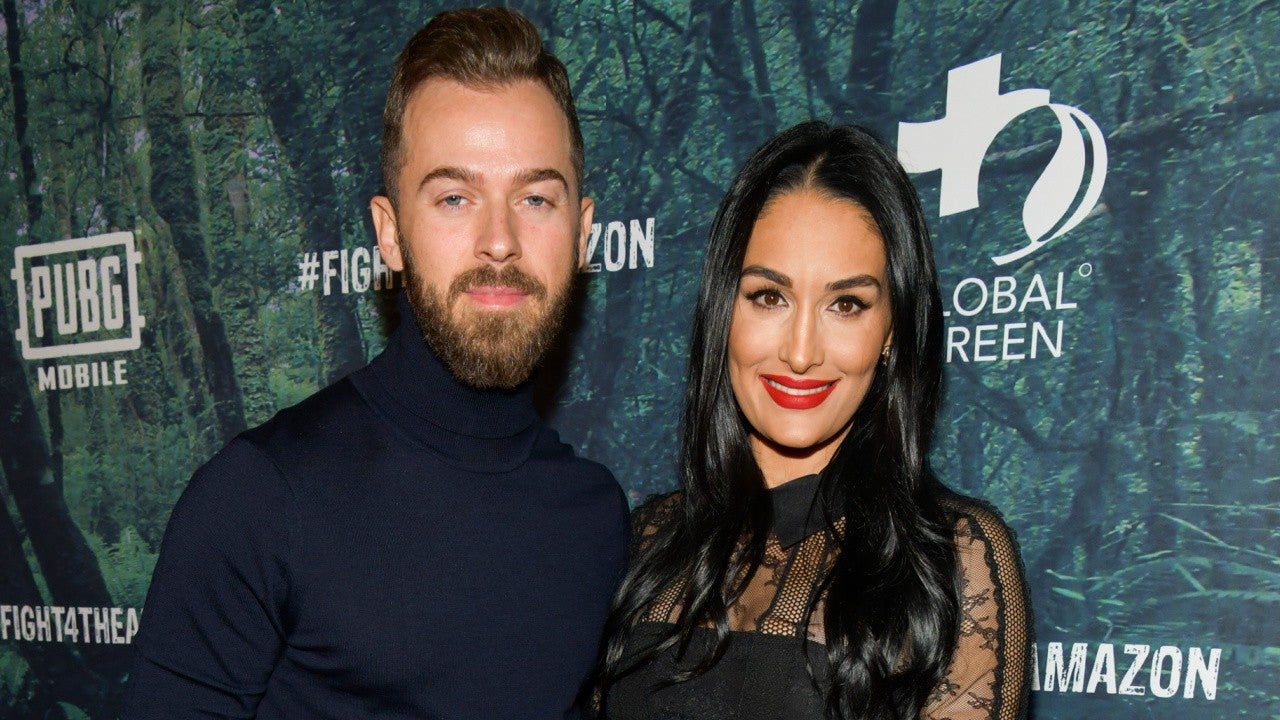 Opening their wedding up to the world! Artem Chigvintsev and Nikki Bella will be sharing their special day in a new TV special, and the pair are opening up about their beautiful wedding.

After tying the knot last August, the Dancing With the Stars pro and the pro-wrestler recently opened up to ET’s Rachel Smith about the wedding, and their upcoming special, Nikki Bella Says I Do.

The newlyweds looked back at the emotional time in their lives — and what they valued most when it came to the ceremony. Particularly, Bella’s wedding dress — which she previously bought when engaged to her former fianc?, John Cena.

While some people might have objected to their significant other reusing a dress meant for a marriage that never happened in the past, Chigvintsev didn’t have any concerns.

“A dress is a dress in my opinion, it depends who it’s meant for, not really what it meant to me. And then it was her dream dress and her vision of how she wanted to look,” he explained. “Why would I stand in the way of that?”

“And I said, ‘That dress can be off the table if there’s any issue,'” Bella explained.”

“Yeah she did ask me like directly,” Chigvintsev said, adding that he was “totally OK with it,” because it meant so much to her.

“That’s the thing with wedding dresses. It’s what the woman puts on and how she feels and it’s her moment and it’s not and maybe some people put their dress on and say’ he will love this,’ I didn’t say that, I wanted it I loved it. It’s so beautiful, and I feel like a princess.”

“I just remember thinking it’s so unfair that I can’t wear my dream dress because of what people think and that’s when, all of a sudden, I was thinking about all this and was like. ‘No. Because what is that representing?

“But he was like so cool. And I even had a talk with him off-camera like, ‘You’re sure? You’re not just being nice?’ And he was like, ‘I really don’t care.'”

In the long run, Bella and Chigvintsev agreed that there were more important things to plan for when it came to the ceremony.

“The dress was such a minor thing,” Bella said.

Mostly, the biggest thing for the professional dancer was their first dance as a married couple, and after all was said and done, Chigvintsev said, “It was perfection.”

After making plans to choreograph a dance, the pair ended up improvising, with Chigvintsev just taking the lead.

“It was so hot, I was actually swept off my feet,” Bella recalled. “I was like, ‘Ok, I feel like I’m living in a movie moment right now.’ It was so magic.”

Their August wedding — in Paris — came five years after they competed as partners on the 25th season of the hit ABC competition series Dancing With the Stars. Bella, who was previously in a long-term relationship with Cena, started dating Chigvintsev in December 2018, more than a year after their elimination from the show.

In January 2020, the couple revealed they had secretly gotten engaged in November 2019 before announcing later that month that they also had their first child on the way. The couple welcomed their son, Matteo, in August 2020.

Did Artem Chigvintsev Get ‘Cold Feet’ Ahead of Wedding to Nikki Bella?