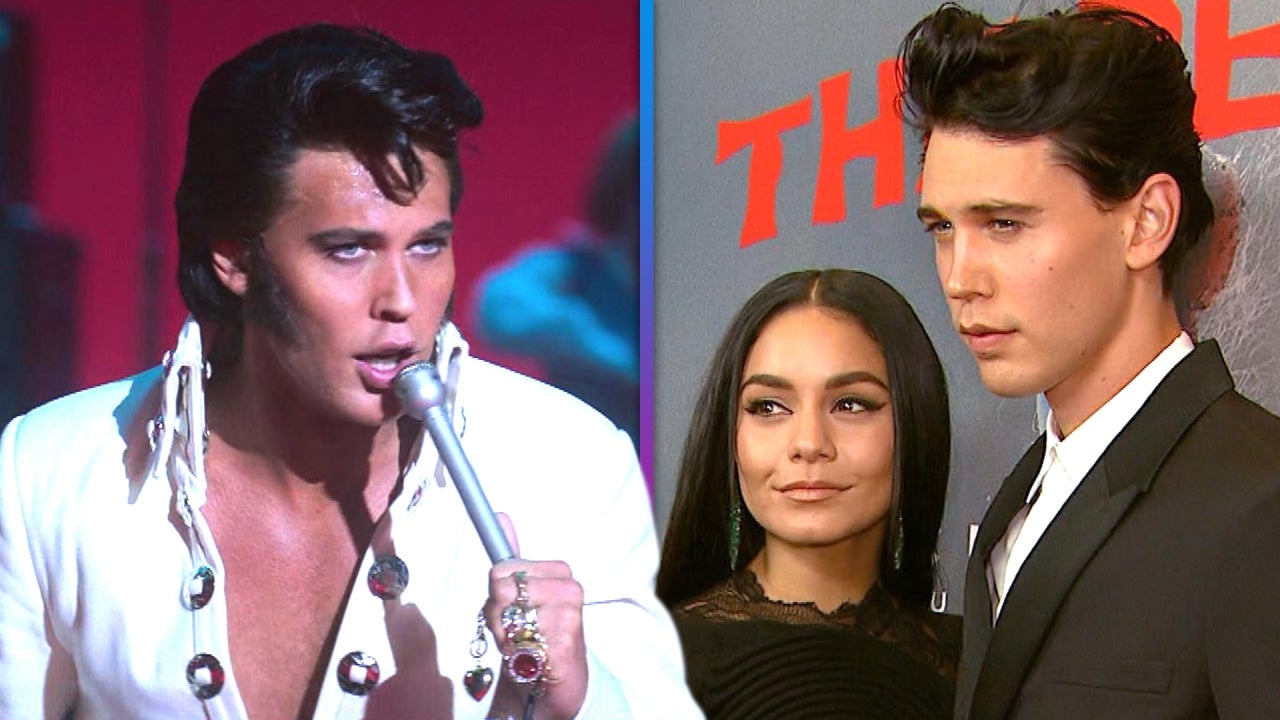 Giving credit where credit is due. Austin Butler is sharing his thanks for his ex-girlfriend, Vanessa Hudgens, when it comes to inspiring him to play Elvis Presley.

Butler — who was nominated for an Oscar on Tuesday for Best Actor for playing the King of Rock and Roll in the biopic Elvis — was interviewed by the Los Angeles Times hours after the nominations were announced, and was asked about comments he’s made regarding the inspiration for taking on the role.

Butler at first played coy, saying it was his “partner at the time” who first put the idea in his head, but when pressed a bit said it was, in fact, Hudgens, and shared his gratitude for her encouragement.

“We’d been together for so long and she had this sort of clairvoyant moment,” he said. “And so I really, I owe her a lot for believing in me.”

Both Butler and Hudgens — who dated for over eight years before splitting up in 2020 — have shared versions of how the idea for Butler to play Elvis first arose.

During an appearance on Live With Kelly and Ryan in August 2019, shortly after his casting in Elvis was announced, Hudgens recalled, “It’s so crazy, because last December, we were driving along and we were listening to Christmas music, and then an Elvis Presley Christmas song came on. He had just dyed his hair dark — he’s a natural blonde — and I was looking at him and he was singing along and I was like, ‘Babe, you need to play Elvis. I don’t know how, but I’m serious. You need to play him.'”

Austin told the same story years later, during The Hollywood Reporter‘s Actors Roundtable, though he didn’t mention Hudgens by name.

“I was looking at Christmas lights and there was an Elvis Christmas song on the radio. I was with a friend of mine and I was singing along and my friend kind of looked over at me and goes, ‘You’ve got to play Elvis.’ I said, ‘That’s such a long shot,'” he recalled. “… And then a couple of weeks later I was playing the piano. I never really sang for any of my friends or anything. That same friend was there. I was playing the piano. She said, ‘I’m serious. You’ve got to figure out how you can get the rights to a script and write something and do Elvis’ life.'”

Check out the video below to hear more.