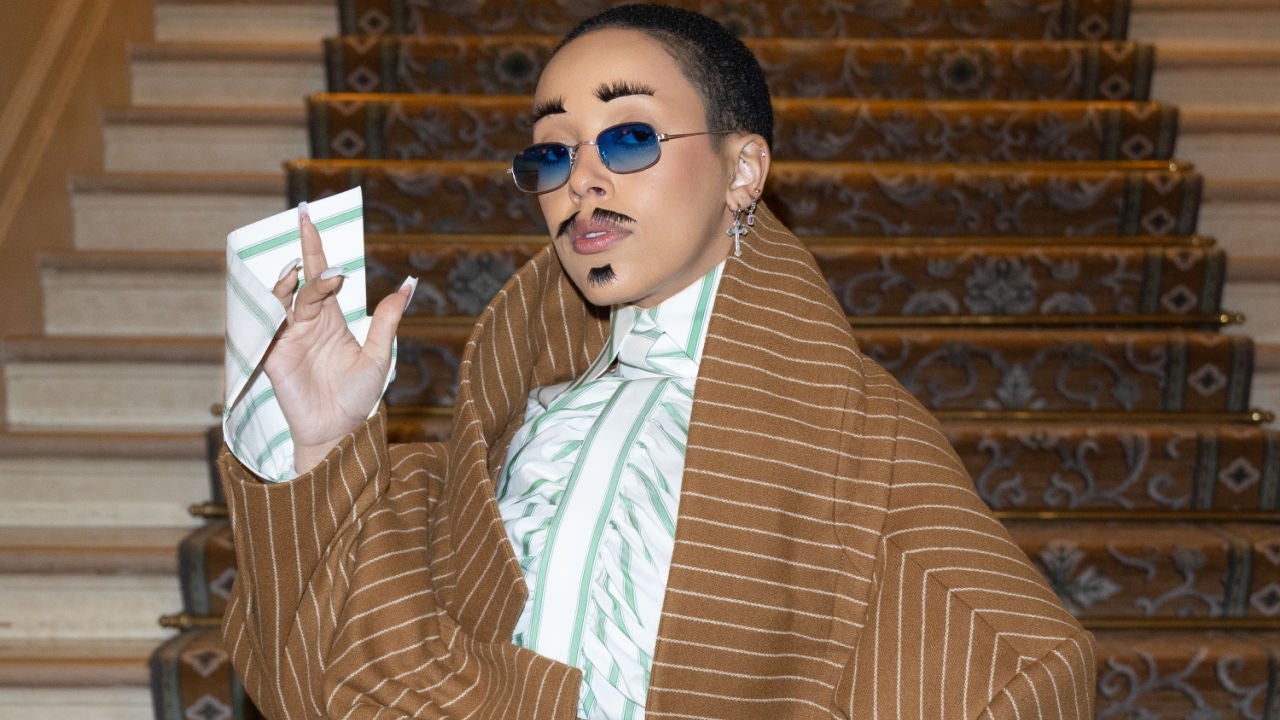 Justin Bieber Is Hyped During First Performance Since His Health…

Doja Cat made another appearance during Paris Fashion Week — and this time it wasn’t her outfit that had fans buzzing!

On Wednesday, the 27-year-old GRAMMY-winning singer was hardly recognizable at the Viktor & Rolf Haute Couture Spring Summer 2023 presentation. Doja arrived at the show wearing a pleated oversized suit by the designer.

However, the singer took her glam to the next level by using sets of false lashes to create eyebrows, a mustache above her upper lip and a soul patch on her chin.

Taking her disguise up a notch, Doja wore a pair of blue-tinted sunglasses.

Ahead of the show, the “Need to Know” singer teased her look with her fans — and promised to give the people who had something to say about her decision to rid her face and head of any hair, exactly what they want.

Doja also gave her fans a closer look at her face with a picture on her Instagram feed.

The “Woman” singer’s look comes after she turned heads in a red-hot look during the Schiaparelli presentation.

On Monday, Doja stepped out encrusted in 30,000 Swarovski crystals and red paint. The singer, who channeled the fashion house’s Dante’s Inferno-theme, wore a red bustier paired with a matching red skirt covered in lacquered wooden beads and red boots.

Makeup artist Path McGrath took to Instagram to give her followers a behind-the-scenes look at the process that took five hours to complete.

“EXCLUSIVE #BTS ????????? #patmcgrathlabs is PLEASED to PRESENT a fusion of front row with runway, a legendary look inspired by a major persona: @dojacat. Covered in over 30,000 hand-applied @swarovski Crystals, ‘DOJA’S INFERNO’ celebrates the essence of haute couture with shimmering, sublime sparkle,” McGrath captioned the time-lapse video.

Doja wasn’t the only famous face to turn heads. Kylie Jenner gave off big Leo energy, as she sat front row at the same show in a sleek black gown, adorned with a faux lion head on her shoulder.