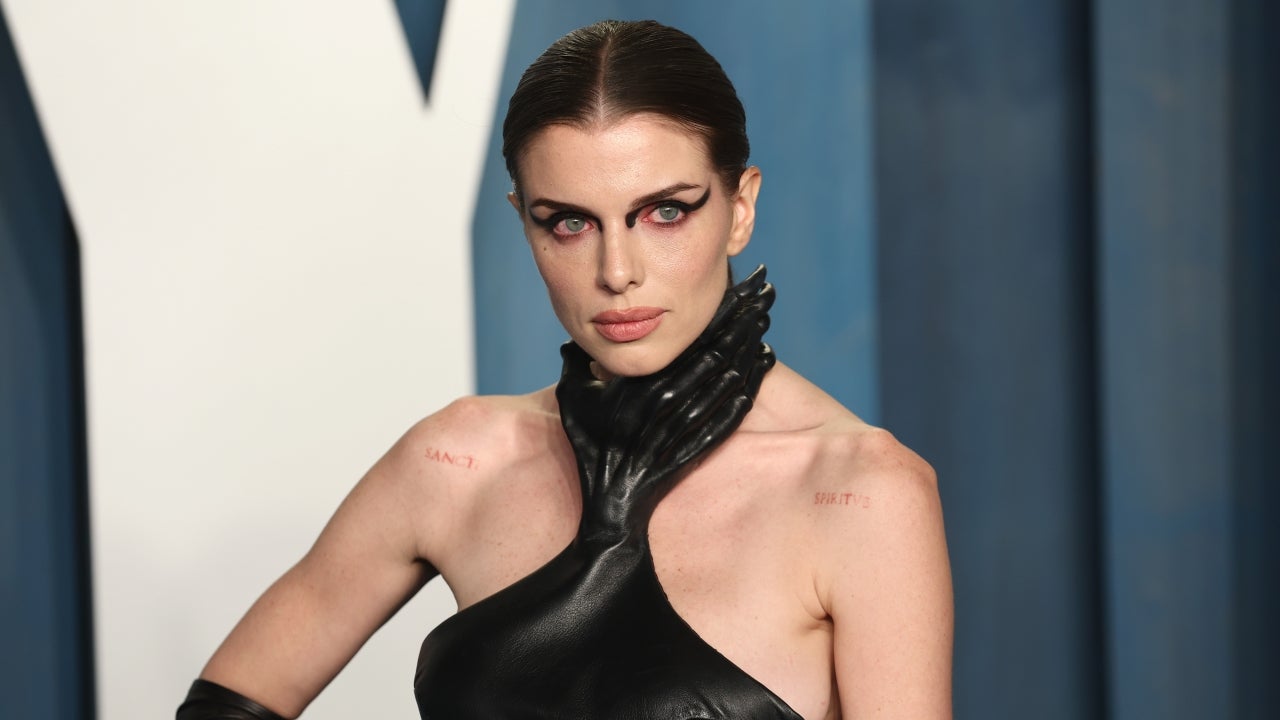 Julia Fox is keeping it real about her living space. In a new TikTok video, the 32-year-old actress gave her followers a peek inside her humble New York City apartment.

“Come with me on a very underwhelming apartment tour! Also to clarify I have ONE mouse and he’s cute,” she captioned the video.

As the clip starts, the Uncut Gems star holds the camera up to give viewers a quick warning before taking them on a tour.

“OK, I never thought in a million years that I would do this, but I do believe in maximum transparency,” she says. “And so, I’m going to give you guys an apartment tour.”

Come with me on a very underwhelming apartment tour! also to clarify I have only ONE mouse and he’s cute ?

Before going in, Fox predicts what some of her critics are going to have to say.

“And I know I’m going to get roasted and whatever, but hopefully someone can watch this and say, ‘Well, maybe I’m not doing so bad,'” she says.

Fox begins the tour with a look inside her bedroom, which happens to be the living room. The model explains that she put her bed in the living room, so that she can turn her actual room into a playroom for her son, Valentino.

Keeping things real, Fox pans to her unmade bed, before cutting to a smaller area “where Valentino hangs out,” that contains his toys, a big flat screen TV and a rack of clothes.

Showing off another special part of her house, Fox walks to her “nostalgia mirror,” that has a picture of her son as a newborn, pictures of her best friends who have died, and a little urn necklace containing one of their ashes.

In one of the more relatable NYC apartment moments, Fox points out the box of shoes that are stacked up in her kitchen. The tour ends in Valentino’s room, where Fox says she “put the most effort,” making the space cute. The 1-year-old’s room features a loft bed, a train track set, and a bookshelf.

Fox turns the camera on herself to share another fun fact about her son. “However, he does not hang out in here at all, he only wants to be in Mama’s room. He doesn’t even sleep in there. He sleeps in bed with me. Yeah, we’re co-sleepers, sue me, I don’t care,” she says.

At the end of the almost three-minute tour, Fox shares her reason for her humble home, and why she is choosing to let the extra guests stay.

“For me personally, I don’t like excessive displays of wealth. They make me feel icky, especially people that have really big houses,” she says. “It’s just really wasteful when there’s so many homeless people in this country and I’m just, I’m not really like that.”

She adds, “And yeah, we do have a little small mouse problem, but you know, it’s a problem depending on how you look at it. I kind of let them rock, I appreciate that they come out at night while we’re sleeping, come out and clean up the crumbs that my son drops on the floor. So yeah, I’m not gonna evict the mice anytime soon.”

Before the video ends, Fox opens her window to display two larger urns containing her friend’s ashes. In the comments, viewers praised her relatable living space and dedication to having most of it devoted to her son.

Fox took to the comments to reply to one user who said they would put their bed in the living room as well.

“I know it’s crazy,” Fox wrote. “This is a big apartment for NY standards lol I grew up in a shoe box so I don’t mind it.”

Kim Kardashian Reveals Her ‘Objects of Affection’ During Home Tour