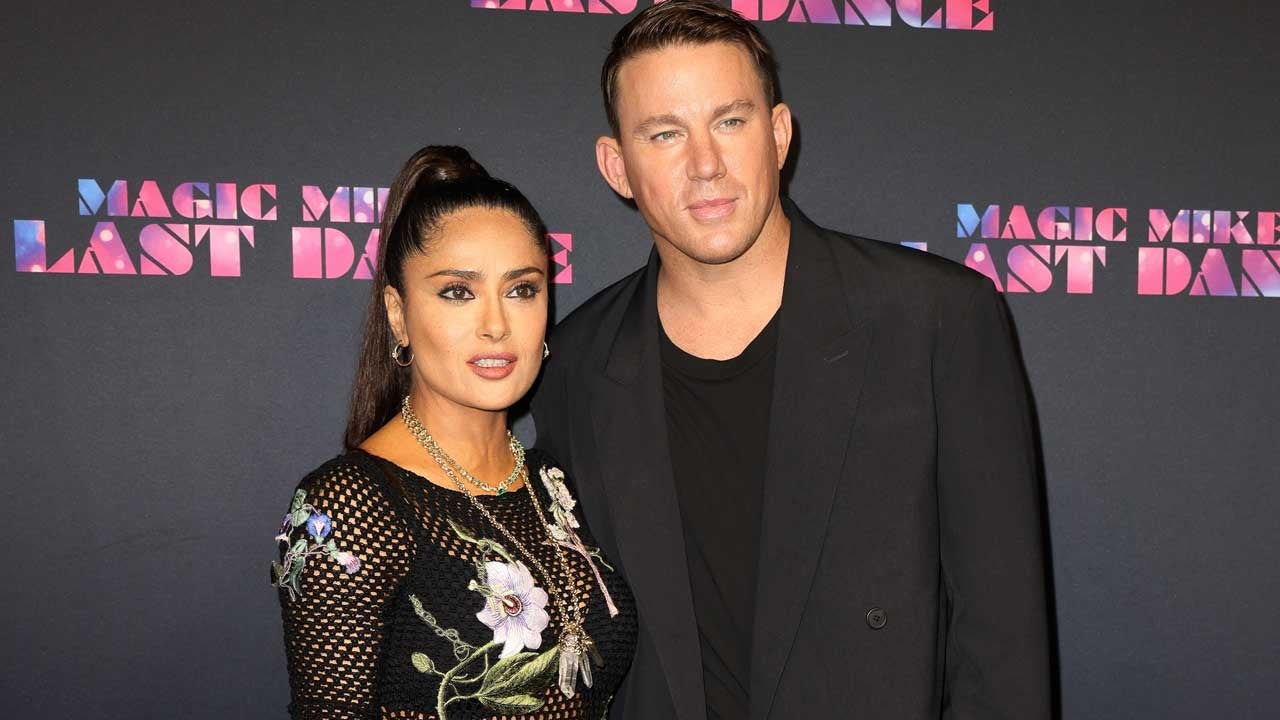 There’s undeniable chemistry between Channing Tatum and Salma Hayek, and the handsome star says it came easily for the pair.

Speaking with ET’s Nischelle Turner at the premiere of Magic Mike’s Last Dance, Tatum got adorably flustered when asked about just how stunning Hayek truly is in person — particularly in the black, fishnet ensemble she rocked to Wednesday’s red carpet.

“I am no comment on this situation,” Tatum said, trying hard not to blush. “I have no literal comment… The actual dress comments itself.”

In the trailer released in November, Mike gives Hayek’s unnamed socialite a noteworthy lap dance, which inspires her to ask the dancer to join her in London with an offer he can’t refuse — the means to create his own bigger-than-life show.

“‘I said, ‘What if we did like a reverse Pretty Woman situation?'” Tatum said of the process of developing the story for the latest installment in the Magic Mike franchise. “And all of a sudden, you know, the roles were reversed.”

In the film, Tatum and Hayek’s characters have a sort of instant chemistry, and Tatum said it had a lot to do with just how much of an “icon” Hayek really is, and the rest of the on-screen romance came easily.

“It’s supposed to be a big movie, it’s supposed to have that feeling that a big movie has. She’s an icon, like, it’s not hard to just be like, ‘Oh right, girl plus icon plus boy,'” Tatum said. “Yeah, it’s just like a whole thing, you know? It’s fun!”

As for the film itself, Tatum admitted that it’s going to have a different feel from the previous installments, and a largely different cast — but will include some fun nods for fans.

“I hope you will be satisfied, I don’t know, I can’t guarantee satisfaction — that’s your own journey,” Tatum said with a laugh. “Let’s just say there are little easter eggs, there’s little fun ones, but I think this is a fully new experience.”

‘Magic Mike’s Last Dance’: Go Behind the Scenes With the Film’s Stars