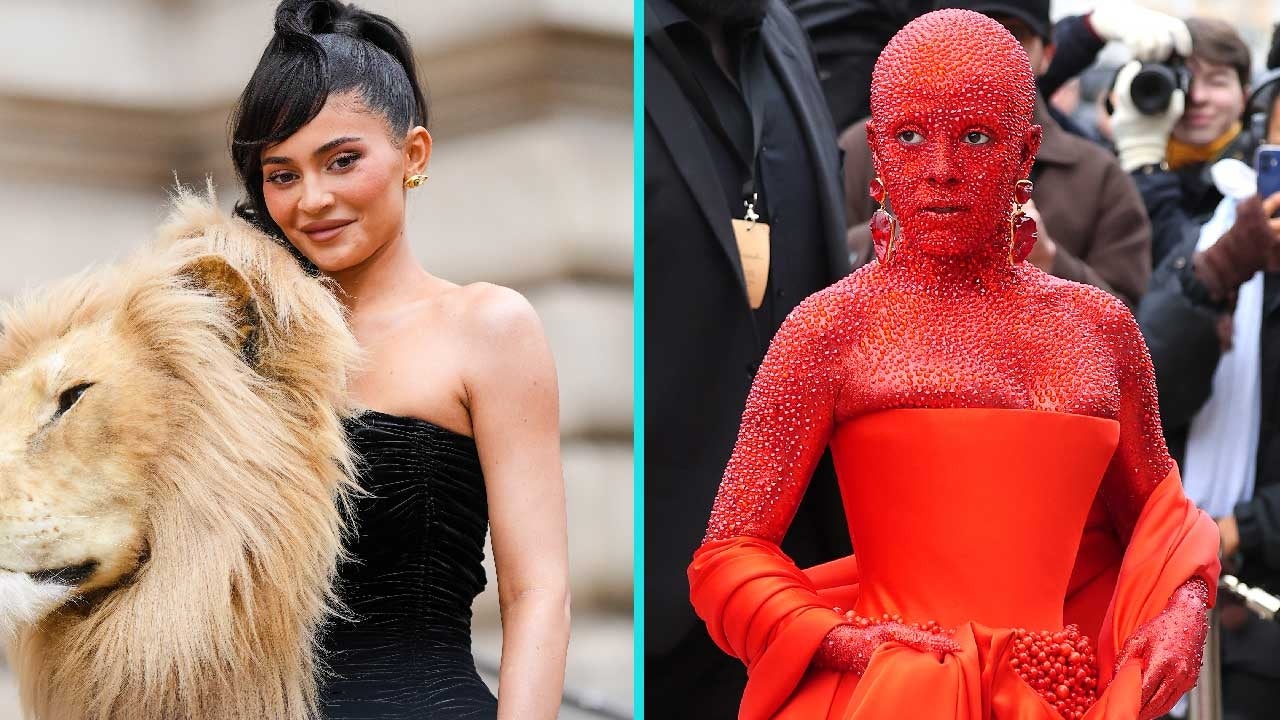 Some hot haute couture! Paris Fashion Week has been in full swing, as models show off fresh looks on the runway, and stars flaunt some epic ensembles from the audience.

From regal regalia to dramatic, over-the-top looks, celebs such as Kylie Jenner, Doja Cat, Dove Cameron, Anne Hathaway and others have been hitting the red carpets in style in the City of Lights.

Jenner, in particular, has drawn a lot of attention for her eye-catching looks.

Recently, she rocked a strapless, black velvet bustier Custom Schiaparelli Haute Couture gown designed by Daniel Roseberry with a giant lion’s head bust attached to her shoulder (the same exact outfit worn by Irina Shayk on the runway at the show Jenner attended).

Meanwhile, Doja Cat seems to have taken a bit of inspiration from the surrealists Paris is famous for, rocking two different looks that really turned heads.

On Monday, Doja stepped out encrusted in 30,000 Swarovski crystals and red paint. The singer wore a red bustier paired with a matching red skirt covered in lacquered wooden beads and red boots.

On Wednesday, the GRAMMY-winning singer was hardly recognizable at the Viktor & Rolf Haute Couture Spring Summer 2023 presentation. Doja arrived at the show wearing a pleated oversized suit by the designer. However, the singer took her glam to the next level by using sets of false lashes to create eyebrows, a mustache above her upper lip and a soul patch on her chin.

Click through the gallery below for a look at all the wild celeb styles from Paris Fashion Week:

Doja Cat Turns Fake Lashes Into a Mustache and Eyebrows