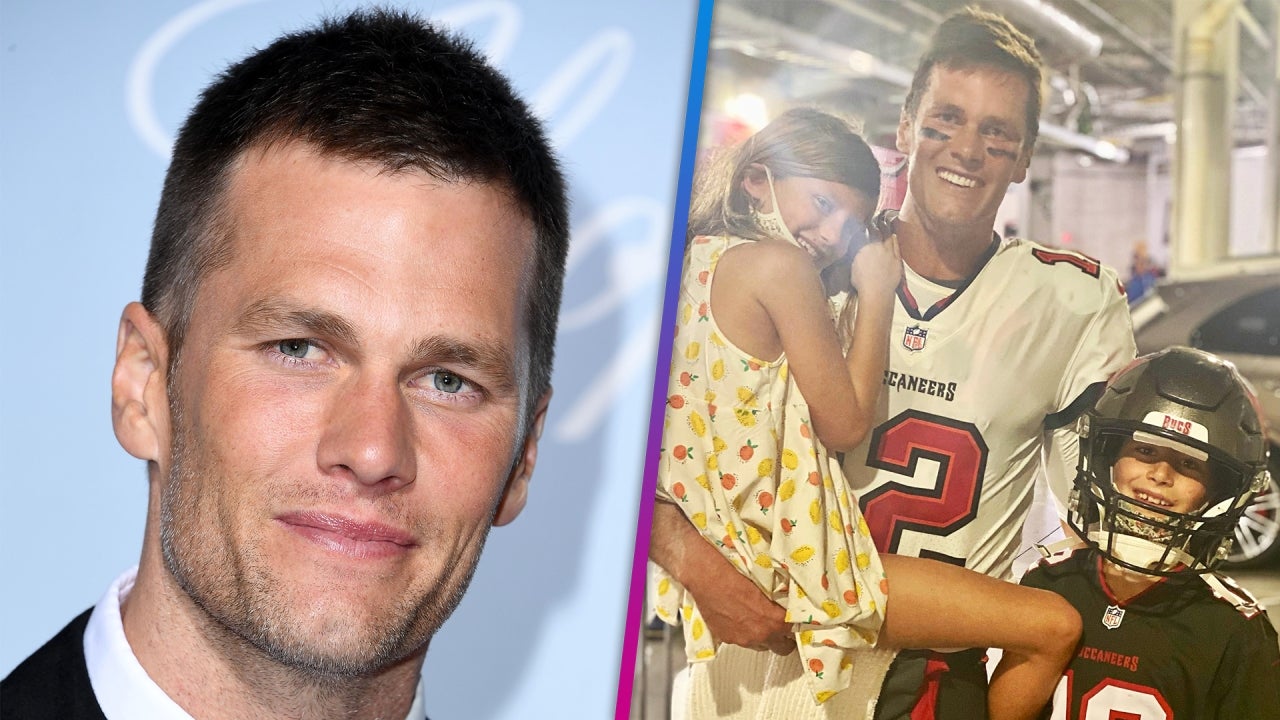 Tom Brady is sharing some sweet family moments. The football star took to his Instagram Story Wednesday to post some videos and photos of his children, Benjamin, 13 and Vivian, 10, who he shares with his ex-wife, Gisele B?ndchen.

Brady, who is also a dad to son Jack, 15, from a previous relationship with Bridget Moynahan, uploaded two snaps to his Story, the first of Vivian, in what appears to be a hotel room. In the cute clip, the 10-year-old hilariously attempts to run backward on a treadmill before jumping onto a bed.

“In other news…the cutest roomie in the world x infinity,” Brady wrote.

A second post sees both Benjamin and Vivian goofing around on the bed in an adorable brother-sister moment.

“And in other news…,” the 80 for Brady star continued. “2 Monkeys monkeying around.”

The family photos come after Brady shared that he’s been spending more time with his kids now that the Tampa Bay Buccaneers’ season has ended.

“Oh man, I thought about it. Unfortunately not. I did a lot of things with my kids and family and tried to get caught up. Like most football players probably do at the end of a long season. There’s a lot of decompression. So I know we use that word a lot, but there is a real crash-landing element to all of this,” Brady said on Monday’s episode of his Let’s Go! with Tom Brady, Larry Fitzgerald and Jim Gray podcast. “And doing it for as long as I have, there’s no soft landing either. It just, it ends and it’s over. And as much as you’d love for something to be a little softer on the way out, it’s just not the reality.”

He added, “So, I’d say this week has been a lot of decompressing into, alright, what’s after a season look like and really just making sure I’m there with my kids and making sure I’m catching up on the things, returning a couple calls and emails, things I probably hadn’t done for four or five months. So, you know, it’s just a different type of mode of life and, you know, we get used to it over a period of time, although it’s never a smooth transition.”

Brady, who has been busy promoting his new film, recently celebrated a late Christmas with his kids — his first holiday since his divorce from B?ndchen. The athlete wasn’t with his children on Christmas Day. Instead, he joined his team as they defeated the Arizona Cardinals.

The supermodel, meanwhile, spent the holiday with the kids with Vivian and Benjamin in Rio Grande do Sul.

For more on Brady, check out the video below.