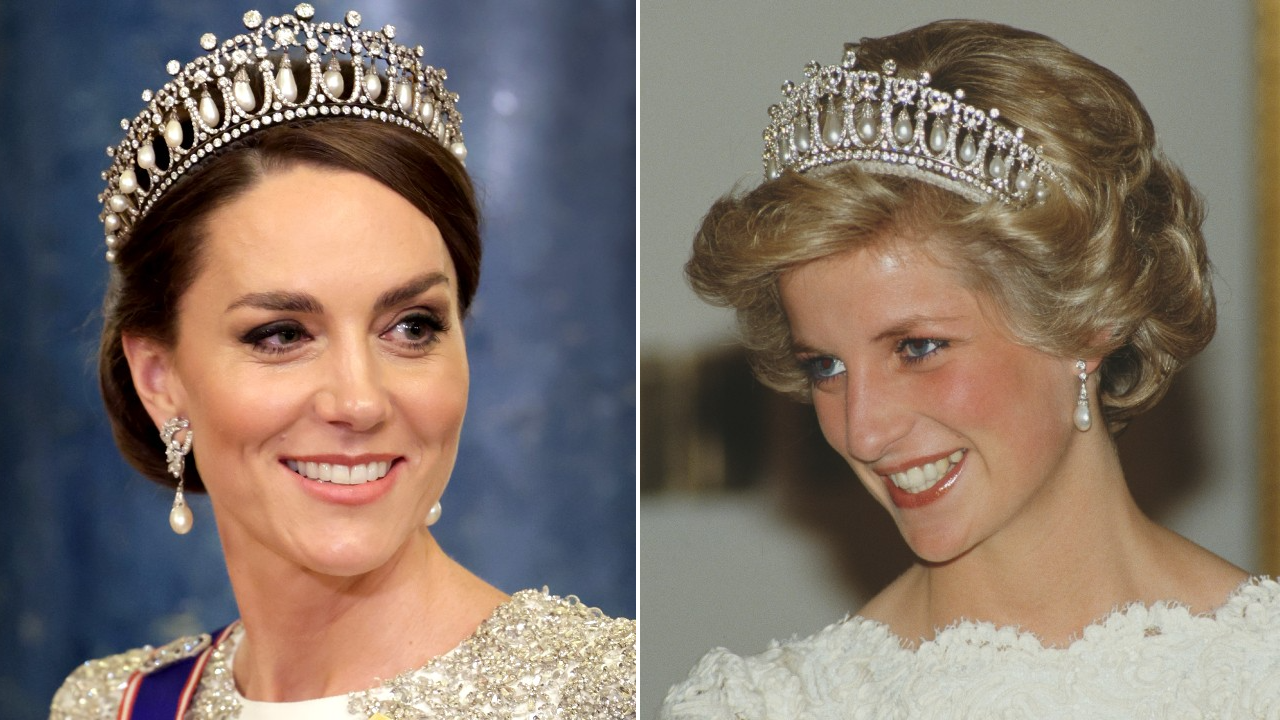 Why ‘Family Karma’s Anisha Ramakrishna Is Keeping Her Marriage O…

Margot Robbie Reacts to ‘Barbie’ Movie Costumes Already Being a …

‘Devotion’: Go Behind the Scenes With Glen Powell (Exclusive)

CMA Awards: Luke Bryan Jokes How He Was ‘Hurt’ by Fellow ‘Idol’ …

’90 Day Fianc?’: Kim on Marrying Usman and Being Part of His Fut…

‘The Kardashians’: Pete Davidson Gets Cut From New Episode

Both Kate Middleton and Camilla, the Queen Consort, brought out some meaningful tiaras during Tuesday night’s state dinner at Buckingham Palace.

South African President Cyril Ramaphosa visited the royals marking the family’s first official state dinner and visit since taking on their new roles in the wake of Queen Elizabeth II’s death in September. To mark the occasion, the new Princess of Wales honored her late mother-in-law, Princess Diana, by wearing one of Diana’s favorite tiaras — the Cambridge Lover’s Knot.

Kate has worn the stunning accessory almost 10 times during her more than a decade in the royal family. On Tuesday, she paired the sparkling tiara with a beautiful white caped gown with crystal-embellished shoulders and pearl drop earrings.

Kate wasn’t the only member of the royal family who wore a borrowed piece. Camilla, the Queen Consort, donned the Belgian Sapphire Tiara, which was previously owned by the late Queen Elizabeth II.

Camilla matched the blue sapphires with a blue gown with lace sleeves and matching sapphire earrings and a necklace also belonging to the late monarch.

King Charles III honored his late mother while addressing President Ramaphosa in a speech at the banquet, saying, “South Africa, like the Commonwealth, has always been a part of my life. My mother often recalled her visit in 1947, the year before I was born when from Cape Town on her 21st birthday, she pledged her life to the service of the people of the Commonwealth. It is therefore particularly moving and special that you are our guest on this first state visit we have hosted.”

How King Charles Feels About ‘The Crown’ Reliving Past Troubles

‘The Crown’: All of Princess Diana’s Looks Recreated in Season 5