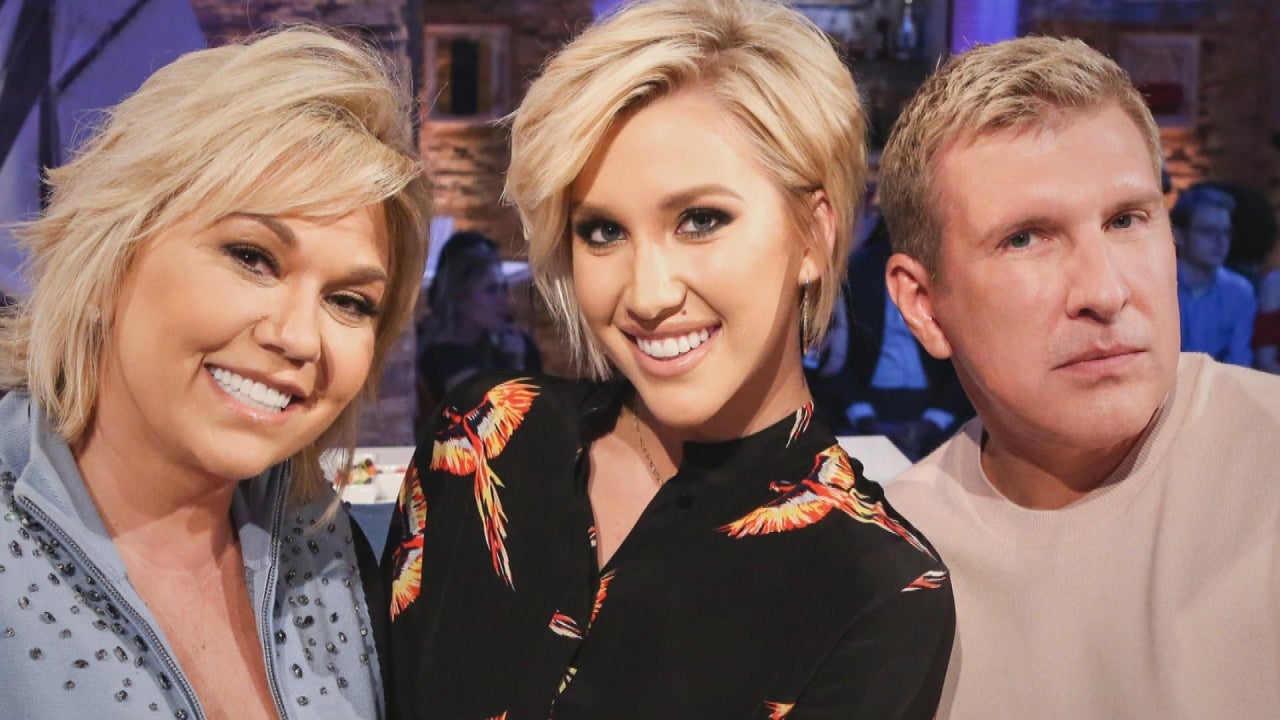 Savannah Chrisley opened this week’s episode of her Unlocked With Savannah Chrisley podcast on a somber note. While the title of the episode — “Life, Liberty and the Pursuit of Pop-Tarts” — seems upbeat, it was recorded prior to her parents, Todd and Julie Chrisley, reporting to prison to serve their combined 19-year sentences.

“Last week was extremely difficult for my family as a whole and each of us individually,” the 25-year-old reality TV star told her listeners.

“We kind of had to say goodbye to my parents for somewhat, for a little bit of time for the foreseeable future and that was really, really, really tough. I haven’t filmed a podcast since then. The podcast today was filmed prior to my life falling apart,” she said.

Savannah added that she was feeling optimistic when she recorded the episode on Jan. 12, which happened to be her mother’s birthday.

“I may seem happy-go-lucky and during that time there was a lot of hope that was had. I wasn’t faced with the reality of the situation,” she added. “This was pre-life falling apart. And now the podcasts moving forward that I do will be post.”

The Chrisley Knows Best star shared that moving forward, the Unlocked episodes will be post her parents reporting to jail. Savannah promised her listeners that next week’s episode will not have a guest, as she gives her listeners an update on her parents, grandmother, and younger siblings.

“Next week I’ll have a very intense one-on-one podcast with myself giving an update where my life is at, where things stand, how the kiddos are, Nanny, all the above and give an update on my parents. Because you don’t have one yet,” she said. “I’m really looking forward to giving that update because I’ve seen God work in the craziest of circumstances.”

Savannah ended her intro by thanking the people who have offered her family support. “Thank you so much from the bottom of my heart for supporting me, my family and Unlocked,” she said.

Prior to the episode’s release, Savannah shared a scripture via Instagram. In the photo, Isaiah 60:22 appeared on the fridge on a note that said, “Team Chrisley.”

“I find my hope in Jesus ?,” Savannah captioned the image. “Have never felt the presence of Jesus as much as I have today… can’t wait to tell the stories #fightthegoodfight #teamchrisley.”

Last week, Todd reported to Federal Correctional Institution Pensacola in Florida, while Julie, surrendered to do her time at Federal Medical Center Lexington in Lexington, Kentucky.

Since their conviction, Todd and Julie have been vocal about filing an appeal, and holding on to their faith in God as they work through the appeals. In their final Chrisley Confessions episode before reporting to prison, the couple assured their listeners that they will hear from them soon.

Why Julie and Todd Chrisley Believe They’ll Get a Retrial